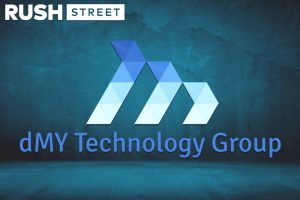 Rush Street’s combination with dMY was the third merger between a US online gambling operator and a special purpose acquisition company announced this year. The deal was finalized on the same day that Tilman Fertitta-owned Golden Nugget Online Gaming closed its tie-up with blank-check company Landcadia Holdings II.

Rush Street Interactive was founded in 2012 in anticipation of new regulations permitting online casino-style gaming in a number of states. The company launched its first gaming site in New Jersey in 2016. It has since then launched both online casino and sports betting products in five more states – Colorado, Pennsylvania, Indiana, Iowa, and Illinois – as well as in Colombia.

The company has recently landed important partnerships that will see it go live in New York and West Virginia at some point in 2021.

Commenting on their merger with dMY, Rush Street Interactive CEO Greg Carlin said that the deal marked a momentous milestone for his company as entering the public markets offers a “tremendous opportunity ahead of us.”

Niccolo de Masi, CEO of dMY, said that through its “differentiated offerings and loyal user base driven by strong player trust and engagement”, Rush Street Interactive is ideally positioned to “capitalize on the rapid growth of online casino and online sports betting” and that they believe the company has the best product offering, the best proprietary technology platform, and the best customer service in the market.

This year, SPAC mergers took hold of public markets as one of the most exciting trends. And it can be said that online gambling was one of the hot SPAC markets with three such mergers closing in 2020. Gambling executives saw a combination with blank-check companies as a quick way to get their businesses to market with a potentially bigger fund raise and less complexity than the traditional IPO process.

The surge in online gambling fueled by the fact that people had to stay home for months due to the Covid-19 outbreak and the regulation of online gaming and sports betting in a number of US states was what encouraged local gambling companies to engage in SPAC combinations.