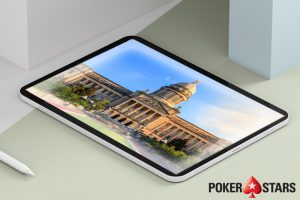 The Kentucky Supreme Court last week brought to an end a nearly decade-long legal battle between the state and PokerStars, ruling that the online poker giant must pay Kentucky damages of nearly $1.3 billion for offering illegal online gambling services to residents of the state.

The Supreme Court ruling, which was issued this past Thursday, upheld a ruling by the Franklin Circuit Court from 2015.

The state sought to be paid $300 million in damages by PokerStars which the poker operator collected from Kentucky residents who played poker with it between 2007 and 2011. The Franklin Circuit Court trebled that amount, ordering PokerStars to pay nearly $900 million.

The poker operator appealed the order in the Kentucky Court of Appeals and that court reversed in 2018 the ruling issued by its lower counterpart.

The Court of Appeals ruled two years ago that the state had no standing to file the claim against PokerStars and that it could not identify individuals with standing who lost money playing poker on PokerStars.

Under Kentucky laws, betting on horse races and the state-run lottery are the only forms of gambling that are permitted. However, PokerStars had for years serviced local online poker players before its was banished from the United States altogether in April 2011.

The Kentucky Supreme Court on Thursday reversed the original ruling against PokerStars and dismissed the case that was brought in 2018. In a 4-3 decision, the court reinstated that original ruling and increased the amount of the damages owed by the online poker operator to $1.3 billion due to interest that has accumulated over the years.

Justice Samuel T. Wright wrote the majority opinion of the court. The ruling read that Kentucky had standing to file its claim and seek recoupment “of the countless dollars the criminal syndicate has cost Kentucky collectively and Kentuckians individually.”

Justice Wright wrote that “money sent to offshore gambling accounts is lost and the state deprived of the taxes to which it is entitled.”

Kentucky Governor Andy Beshear welcomed the Supreme Court ruling, saying that the $1.3 billion reward would better position the state to “emerge from this painful pandemic.”

PokerStars is currently owned by Flutter Entertainment after it tied the knot with the poker operator’s former company The Stars Group this spring. Of last week’s ruling in Kentucky, Flutter said that there are “a number of legal processes available” and that it is confident “any amount it ultimately becomes liable to pay” will be only a portion of what the Supreme Court says PokerStars must pay.