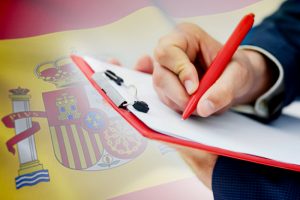 Following the certification, the company will now be able to deliver its popular slots and new releases to locally licensed online gambling operators. Wazdan said that securing its Spanish certification before the end of the year was one of its primary goals.

Widely popular across major markets around the globe, Wazdan’s ever-growing collection of games includes the likes of 9 Lions, the Power of Gods series – Power of Gods: Egypt and Power of Gods: The Pantheon – as well as Larry the Leprechaun. Aside from its high-quality slots, the provider is also known for its unique range of in-play features.

Spanish online casino players will soon be introduced to Wazdan’s portfolio and will be able to take advantage of the supplier’s innovative game strategy that enables players to adjust the volatility of some of its most popular slots that are available on the market.

News about Wazdan’s entry into the Spanish market emerge less than a month after the company announced that 15 of its top-performing slots were certified in Switzerland.

Commenting on their Spanish certification, Wazdan Head of Business for Spain and Latin America Albert Bellavista said that they are extremely proud to have received the necessary certification to be able to offer their products in Spain, which ranks among the largest regulated markets in Europe.

Mr. Bellavista went on to say that they are sure their new Spanish audience will be excited by their slots and that their “cutting-edge” features will enable locally licensed iGaming operators to offer their players a brand-new experience. He further noted that Spain is an “extremely competitive space” and that they are ready to be part of it.

The Spanish iGaming space is the latest regulated market Wazdan is set to venture into. Early this year, the company expanded into Hungary through a partnership with locally licensed operator Grand Casino.

It was this year again when the iGaming content maker secured expansion into Latin America and Asia through a tie-up with Salsa Technology, formerly Patagonia. Under that partnership, Wazdan integrated its content into Salsa’s Game Aggregation Platform.

Other markets that Wazdan’s content is certified and already available in include the UK, Sweden, Denmark, Portugal, Romania, Estonia, Lithuania, and Latvia. The company has partnerships with leading operators in each of these markets to ensure its games can be accessed by an ever-growing gaming audience.