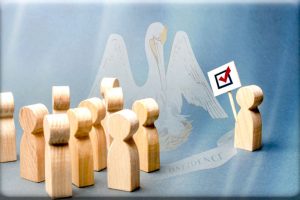 A House Bill calling for a public vote in St. Tammany Parish, Louisiana on the proposed development of a casino just outside the City of Slidell passed a key hurdle in the state Legislature on Wednesday.

The Senate Finance Committee narrowly approved the measure which would authorize an October local referendum on the matter.

Finance Committee members voted 5-4 on HB 702 to advance the legislation to the full Senate. Sponsored by Rep. Mary DuBuisson, the bill moved out of the House floor in early May after a 63-28 vote.

After successfully passing the Senate Finance Committee this week, the piece of legislation will now have to be voted by the full Senate. And if it moves out of the Senate floor without any amendments, it will go to Gov. John Bel Edwards’ desk for a final signature. Louisiana’s top official has previously said that he would sign the bill into law.

The measure would authorize an October referendum in St. Tammany Parish, which includes Slidell, on whether a 1996 ban on casino gambling in the area should be annulled. And if that long-standing prohibition on gaming expansion is reversed, a Los Angeles-based developer will be able to move forward with a $250 million plan for a new casino at Interstate 10’s Exit 261, just outside Slidell and along Lake Pontchartrain.

While the fate of the casino project ultimately rests with St. Tammany voters, parish officials have already voiced their support for it, saying that a gambling venue in the area would create new jobs, investment and tax revenue for the parish and the state as a whole.

At earlier stops along the legislative process, supporters of the effort have noted that a casino in Slidell would prevent Louisiana residents from traveling to properties in neighboring Mississippi.

On Wednesday, Matt Roob, a Senior Vice President of Analysis for Spectrum Gaming Group, cited the results of a 2019 study, according to which 22% of Mississippi’s gamblers come from Louisiana. The study further found that if Slidell’s proposed casino captured around a third of the revenues generated by Mississippi gambling venues, the Pelican State would collect about $27 million in new tax revenue per year.

Los Angeles-based Peninsula Pacific Entertainment is the company behind the multi-million scheme. It has hired 19 lobbyists to pitch its project to the state Legislature.

Despite the promises for new revenue and jobs, the proposed casino has also garnered staunch opposition from companies that run casinos in Louisiana and Mississippi as well as from a religious-based group of Slidell area residents.

The residents have expressed concerns that increased gambling in the area would cause an unwanted spike in problem gambling and crime.