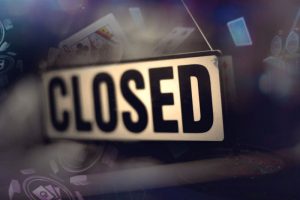 Buffets at Las Vegas’ casino resorts have begun to resume operations after their coronavirus-forced closures, but the situation is slightly different in Southern California where a number of tribal gambling venues have chosen to keep their buffets closed permanently or with reopening dates yet to be announced.

And multiple establishments in this casino-heavy region have decided to transform their existing buffet areas into new concepts, local news outlet the Orange County Register reports.

Agua Caliente Casino Palm Springs is one of the tribal casinos that will replace their old buffet with a new type of facility. The property will turn the space into a sports bar.

The casino shut down the former Oasis Buffet permanently following the Covid-19 outbreak and will now remodel it into a 360 Sports-branded sports bar. The concept can already be found at Agua Caliente properties in Rancho Mirage and Cathedral City.

Officials at the Palm Springs venue said they hope to open the new bar by the end of 2021 or in early 2020. It will greatly resemble its sister Rancho Mirage and Cathedral City locations.

Stacy Duke, Director of Food and Beverage at Agua Caliente Casino Palm Springs, told local media that they have decided to nix the buffet space and introduce a sports bar concept instead in a bid to provide some matching experiences at the three above-mentioned properties.

She further pointed out that there isn’t much sports bar action in downtown Palm Springs and the new 360 Sports facility will fill that void.

Valley View Is Sole SoCal Casino to Bring Back Buffet

Valley View Casino & Hotel in San Diego County is Southern California’s only casino to have reopened a buffet option. The facility resumed operations for qualified players club members with a slightly different format than what it had originally offered in pre-pandemic times. Currently, food is brought to guests at their tables instead of them serving themselves.

Other casinos that have permanently closed their buffets and have rearranged the space into other concepts include Casino Pauma and Harrah’s Resort Southern California. The former has opened a Mexican restaurant to replace the former buffet and the latter launched a fast casual Italian restaurant last summer. Harrah’s has since closed that restaurant and now prepares for the opening of a new dining outlet, which is set to be unveiled in the coming few weeks.

Pala Casino, Spa & Resort has closed its Choices buffet permanently and is gearing up for the introduction of a new concept. Fantasy Springs Resort Casino and San Manuel Casino list their buffets as temporarily closed on their official websites.

California plans to fully reopen in mid-June which means that many of the current restrictions aiming to curb the spread of Covid-19 will drop as new cases have continuously declined and vaccinations progress at a fast pace.