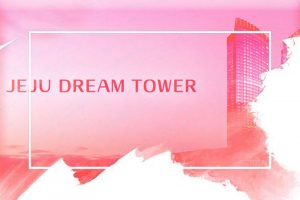 According to reports from local news outlets, all required inspections of the property’s gaming equipment have been completed and review and assessment of its CCTV equipment has entered the final stages.

In addition, all relevant marketing and service staff have been put in place in anticipation of the planned launch of what would operate as Dream Tower Casino.

Jeju Dream Tower opened doors in December 2020 after multiple roadblocks and delays. Plans for the major resort first emerged in the early 1980s, but lack of sufficient funding and other issues of different nature prevented those plans from moving forward for many years.

The 75-acre site that the property is now located on was purchased by Lotte Tour’s predecessor, Dongwha Investment and Development Co. Ltd., in 1980. Excavation work commenced in 1984, but was put on hold indefinitely due to lack of finances.

The scheme was eventually resurrected in the late 2000s and construction finally resumed in May 2016 following changes in design.

As mentioned above, the $1.4 billion integrated resort eventually welcomed its first visitors and guests in late 2020, precisely six months before the planned launch of its gambling facility.

The new casino will be significantly larger than the one at Lotte Hotel Jeju. Lotte Tour said that the new facility will occupy more than 5,000 square meters, which is about five times than what the existing one spreads over.

The casino at Jeju Dream Tower will be South Korea’s third largest in terms of floor space, behind only the gambling venue at Paradise City in Incheon and Landing Casino at Jeju Shinhwa World.

At 169 meters, Jeju Dream Tower is the tallest building on Jeju. It comprises 38 floors. The property already features a five-star Grand Hyatt Jeju hotel with 1,600 luxury rooms and suites, 14 dining outlets and bars, an outdoor pool deck, a top floor skydeck with lounge, two spas, and a shopping center, among multiple other facilities.

South Korea is home to 16 foreigner-only casinos. Although they are all grappling with the impact of Covid-19 on international travel, Park Seong-ho, analyst at Yuanta Securities said recently that if the nation reaches coronavirus herd immunity by the end of 2021 and travel restrictions between Korea and China are lifted in 2022, Dream Tower Casino could generate more than $180.5 million in casino sales next year and beat established players in the local gambling space such as Paradise and Grand Korea Leisure.