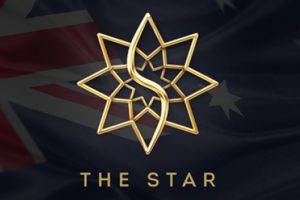 A games dealer was found to have thrown a bag of drugs away at Sydney’s only casino while another employee was caught gambling during work hours. Both were sacked over their misconduct and were banned from all casinos in the state for a period of five years.

Liquor & Gaming chair Philip Crawford said that casino employees are supposed to “help safeguard the integrity of casino operations from criminal influence, serious misconduct or exploitation and a special degree of trust is placed in them.”

CCTV caught the casino dealer standing on The Star Sydney’s City View Balcony with another person when he threw a bag of white powder over the railing. Security found the bag hidden behind plants in the casino’s boundaries.

The casino interviewed its employee over the incident, but he did not reveal where the bag had come from. He told security he had found it in his pocket and wanted to get rid of it. After being caught in possession of the black powder substance, the now former Star Sydney dealer was charged and faced court earlier in 2020.

Another Employee Admits to Gambling

Another employee at the Sydney casino was caught gambling during work hours early this year. The unnamed female worker admitted to placing 28 bets on a gambling app in January and February.

Liquor & Gaming said that she had worked at the gaming establishment for 11 years prior the incident. She admitted to frequently wagering during work hours in the first two months of the year.

The Star Sydney self-reported its two employees’ violations to Liquor & Gaming. The regulator reviewed the matter and supported the casino in its decision to dismiss the two employees. The authority also issued a five-year casino ban to the pair preventing them from access to any of the state’s casinos.

Owned and operated by Australian casino operator The Star Entertainment Group, The Star is Sydney’s only casino. Earlier this month, the company recalled staff at its Sydney and Brisbane gambling properties as it was allowed to increase business after New South Wales and Queensland Governments eased Covid-19 restrictions that had been in place for months.

The Star Sydney was able to increase its capacity from 1,800 guests and visitors to 10,000. The casino’s owner said that the easing of the restrictions enabled it to welcome back additional employees “as well as an increased number of our members and guests to safe and entertaining environments.”