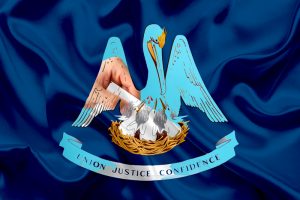 A troubled effort to bring a casino in the Louisiana City of Slidell has hit another roadblock as sponsors of twin bills on the matter seek to garner enough support to move at least one of the measures out of the Legislature and onto Governor John Bel Edwards’ desk.

News emerged on Wednesday that Rep. Mary DuBuisson lacked the votes she needed to get the full House floor to take up her House Bill 497.

The House lawmaker told reporters that “there were a few questions that need to be answered” and that she wants to wait until she feels it’s the right time to have the piece considered by her colleagues. Rep. DuBuisson further noted that it is possible she will retry to have the bill discussed during the House’s Thursday meeting.

If the bill survives all legislative hurdles, it would authorize a local referendum in St. Tammany Parish, which includes Slidell. The referendum would enable parish residents to decide this coming October whether they want a proposed $250 million casino project to materialize at a site off Interstate 10 and the Oak Harbor exit just outside Slidell.

The project is pitched by Los Angeles developer Peninsula Pacific Entertainment, P2E. The company holds one of Louisiana’s 15 casino licenses. It previously operated the riverboat DiamondJacks Casino in Bossier City, but shuttered it permanently last spring when the Covid-19 pandemic hit. P2E now wants to relocate its license to Slidell.

Rep. DuBuisson’s bill easily passed a House Committee on Administration of Justice vote earlier this month and now needs to be considered by the full House.

A twin piece by Sen. Sharon Hewitt has stalled in the Senate Judiciary Committee after one of the lawmaker’s crucial yes votes contracted Covid-19. That bill narrowly survived a vote in the Judiciary Committee, and with less than a month left of the regular legislative session, its future is uncertain.

Both bills have seen a bit of support in the two chambers of the Louisiana Legislature. In addition, P2E founder and chairman Brent Stevens has hired 19 lobbyists to push the casino effort and hopefully secure enough support for it.

However, the proposed casino has also been facing some staunch opposition from ministers in the Slidell area and the Louisiana Family Forum, a heavily conservative faith-based organization. Pastors say a casino in the city’s vicinity would prompt an unwanted spike in crime, sex trafficking, and problem gambling.

The Family Forum sent a note to House Representatives on Wednesday, questioning the gambling monopoly that P2E would have in Slidell, if it is granted permission to transfer its vacant license. The group also argued that under the House bill, the Louisiana Gaming Control Board would be able to approve the relocation even before parish residents cast their vote on it.

The Family Forum further questioned why the state gambling regulator did not ask P2E to return its license after it closed its Louisiana casino last year and left 400 employees without a job.

P2E says a casino in Slidell would generate more than 3,000 temporary and permanent jobs and more than $60 million in new annual tax revenue.

Source: Effort to put a casino in Slidell stalls before state House. Is the measure in trouble?, NOLA.com, May 12, 2021