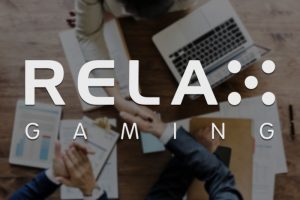 Supplier and aggregator of content for the iGaming industry Relax Gaming is set to further expand its reach through a content supply deal with Greentube, the interactive gaming division of major gambling group Novomatic.

As part of its alliance with Greentube, Relax Gaming will provide its new partner with access to its entire suite of online casino games. Greentube will distribute the titles in a number of European markets.

The recently penned agreement has first seen a selection of Relax Gaming’s proprietary content as well as games by third-party providers go live with Estonian online gaming and betting brand Fenixbet. The iGaming operation was launched only recently and is owned by established Estonian land-based gambling operator Novolotto.

Fenixbet’s online business is powered by Greentube. The Novomatic subsidiary provides the technology for the iGaming operation’s RMG platform. Through its recent partnership with Greentube, Relax Gaming has been able to roll out many of its products with the new but fast-growing brand.

Relax Gaming has also integrated content from third-party iGaming studios that are part of its Silver Bullet program. Fenixbet players thus have access to popular titles from the likes of Kalamba Games, Fantasma Games, and 4ThePlayer among others.

Relax Gaming said that it expects to expand significantly its partnership with Greentube in the coming months and to launch its content with its partner in a number of additional markets as part of that partnership.

Relax Gaming further noted that one of these markets would be Germany. The country is set to reorganize and open its online gaming space in July 2021 and preparations for this are already under way.

Commenting on their latest important industry alliance, Relax Gaming CCO Daniel Eskola said that to be able to team up with a well-respected name in the gaming industry like Greentube is “a feather in our cap” and that this partnership is “one that will further our reach into core European markets.”

Of their Germany expansion plans, Mr. Eskola said that the country is part of their expansion strategy and that Greentube’s long-time connection with this market “will serve as a major advantage to our growth plans once the regulated online sector opens next year.”

Marcantonio Bottaro, Director of Brand Operations RMG at Greentube, said that this partnership will help both his company and Relax Gaming expand their reach across several regulated markets and fulfill their mission to provide players with the best possible experience. He also praised their new partner for the “diversity and quality” of the content that it provides through its aggregation platform and that these games will significantly boost Fenixbet’s existing offering.