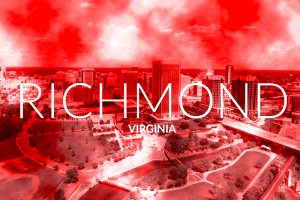 One of the rejected bidders in Richmond’s casino race has threatened to sue the Virginia city over its selection process for a preferred developer and operator of a Las Vegas-style gambling resort.

Richmond received six bids during its request for proposals process and in late March culled half of them.

Casino operator Golden Nugget teamed up with year-old entity Bet on Gaming Holdings LLC to jointly table a project for a $400 million hotel and casino that would have been located about six miles from downtown Richmond. The proposal was one of three rejected by the city in late March.

Dennis Cotto, a Northern Virginia attorney and a partner and principle of Bet on Gaming Holdings LLC, is now looking to sue the city, questioning its selection process and most notably Richmond leaders’ insistence that Virginia and city procurement laws do not apply in this instance.

Mr. Cotto argues that the Richmond City Council has no authority to ignore state procurement laws that would have granted his company and Golden Nugget an administrative process. Said process would have enabled them to seek redress or appeal of the elimination of their bid from the race.

The attorney told local media that he had lodged a complaint with the Virginia Lottery, but to no avail, as the state-run agency refused to intervene. According to the Lottery, the state’s recently amended casino law grants Richmond full control over its selection of a preferred casino developer and operator.

Last month, Mr. Cotto also turned to Virginia Attorney General Mark Herring to investigate the matter, but has not heard from him since then. The attorney said that the only option left before him is to file a lawsuit so that the matter is decided in court. He plans to lodge his legal complaint in Richmond Circuit Court later in May.

Mr. Cotto elaborated that he had lost bids before, but had always got a debriefing. In this case, he was told that there would be no debriefing. The Northern Virginia attorney believes he has a strong case, citing state procurement ordinances and noting that Richmond has ignored those ordinances and has thus denied all of the rejected bidders’ right to due process.

With just two companies left in contention, the city’s internal evaluation panel is now set to recommend a finalist. This is expected to happen later in May. The City Council will then have to approve the recommended bidder.

The selected proposal will then be reviewed by the Virginia Lottery within a 45-day period. The City will finally have to secure a court order to get the selected developer and their project on the November 2 ballot for voter approval. Richmond residents will have the final say on the matter.

However, pending litigation could prevent the court from issuing the citywide casino referendum order.