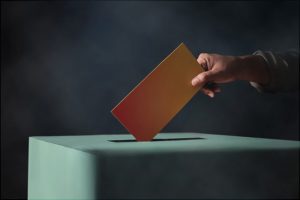 The council of Slidell, a city in St. Tammany Parish, Louisiana, on Tuesday night voted down a resolution that would have allowed city residents to decide if they want a new casino to be built along Lake Pontchartrain just outside the city.

It should be noted that the City Council vote was very much symbolic as the matter is now considered by the state Legislature and needs to survive multiple legislative hurdles.

Los Angeles-based development company Pacific Peninsula Entertainment, P2E, has asked to be permitted to relocate its existing, but vacant Bossier City casino license to Slidell where it wants to build a $250 million gaming and entertainment complex.

The company entered the Bossier City market six years ago when it purchased DimaondJacks Casino. Last year, P2E announced the permanent closure of the gambling facility, citing the “sudden, unforeseeable market conditions that have resulted from the Covid-19 pandemic” as the reason for its decision.

Prior its closure, the riverboat casino had long been the worst performing gaming amenity in the saturated Shreveport/Bossier City market.

On Tuesday night, the Slidell City Council heard residents on why they do or do not want a casino complex to open doors along the lake. Those voicing opposition to the project were the predominant group of attendees.

Religious groups and families expressed concerns that a project of this kind would cause an unwanted spike in crime, sex trafficking, and addiction to the area.

Residents Could Still Vote on the Casino Issue

Although Slidell officials rejected the measure that would have paved the way for a citywide vote, residents could still be offered the chance to vote on the mega-project. If the state Legislature approves the Bossier City license relocation to Slidell, St. Tammany Parish residents would have the opportunity to voice their opinion on the matter in a referendum.

During the Tuesday night meeting, there were also people who spoke in support of the casino scheme, saying they saw its positive potential for the area’s economy.

Earlier this month, a bill allowing P2E to transfer its license to St. Tammany Parish narrowly passed a Senate Judiciary Committee vote and now needs approval in the Senate Finance Committee before heading to the full Senate floor. The measure’s main sponsor, Sen. Sharon Hewitt, on Monday postponed its consideration in that second committee as one of the lawmakers expected to vote yes had a fever and was missing.

Sen. Hewitt said that the piece could be considered as early as next week. A twin measure awaits its first committee vote in the Louisiana House.

If the bills survive through the Legislature, they would authorize St. Tammany Parish to hold a local referendum in October. Sen. Hewitt said Monday that she expects a close vote in the Finance Committee.