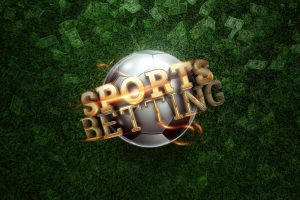 Japanese lawmakers may be softening on their anti-gambling stance as reports have surfaced that internal discussions to legalize wagering on Japan’s most popular sports have begun taking place.

The possible expansion of the practice would create a behemoth sports gambling market estimated at more than $65 billion a year.

The Financial Times reports that the secret discussions involve the potential legalization of sports betting on football and baseball. If the current restrictions on these two sports are lifted, Japanese bettors will be able to place wagers on Nippon Professional League baseball games as well as on J-League, Japan’s top-tier football league.

People familiar with the ongoing talks told the Financial Times that wagering on both sports could become legal by 2024.

Japan currently permits wagering on horse racing, cycling, motorboat and motorcycle races. In 2019, betting on all four generated a combined JPY6 trillion (approx. $55 billion) in revenue. It should also be noted that wagering on horse races has been growing at a rapid pace in recent years as mobile apps have been rolled out.

Aside from betting on the above four sports, pachinko, a gaming machine combining elements of a traditional slot game and vertical pinball, is the only other legal gambling activity in the country. And it is the most popular one, with the local market being worth around $200 billion a year.

Sources say that while the resistance around bringing expanded sports gambling remains high among Japanese legislators, the extremely negative economic damage professional sport has suffered due to the Covid-19 pandemic has prompted them to reconsider their stance and potentially deregulate wagering on certain sports.

Japanese are already a cherished clientele at offshore gambling sites where they use foreign-issued credit cards to bet illegally on any sport they want. People involved in such sites say that the appetite for wagering on Japan’s domestic baseball and football leagues could potentially be huge.

A source familiar with the ongoing discussions said that it is still unknown when expanded betting might happen, “but what has happened to sport in the last year has moved the government a long way forward.”

The nation’s professional sports industry lost at least $2.5 billion in the first six months of 2020 due to the cancellation of games globally and the absence of spectators, according to a report by Kansai University.

Aside from the potential legalization of limited sports betting, Japan is also in the process of bringing casino gambling. Lawmakers legalized the practice in late 2016 and are now hammering out the rules and regulations under which casino activities would be conducted in the country.