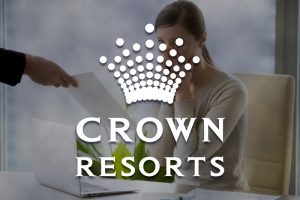 Crown Resorts’ Melbourne casino has been slapped with a record A$1 million fine by the Victorian Commission for Gambling and Liquor Regulation (VCGLR) for failing to properly vet junket operators.

Junket operators or junkets can best be described as a mixture of a travel agency, a VIP hospitality service, and a banking firm. These companies’ main purpose is to reach out to Asian high rollers and provide them with tailored offers to lure them into gambling at a particular casino.

The Victorian gambling regulator launched a probe into Crown’s casino in Melbourne after bombshell 2019 media reports alleged junket operators the company worked with had links to Asian organized crime.

The damning allegations also prompted the 18-month Bergin Inquiry in New South Wales, which in February rendered the Australian casino giant unfit to operate a casino at its newly developed luxury complex in Sydney.

Crown’s board is currently assessing an A$8 billion takeover offer from US private equity giant Blackstone Group and is working closely with New South Wales gambling regulators as it “seeks to restore regulatory confidence in its operations”, as recently pointed out by the company’s executive chair, Helen Coonan.

In its own investigation, the VCGLR established that Crown failed to collect the necessary information to make an “informed decision” about its junket partners and the people involved in these companies. The casino operator was further found to have failed to check or verify information with the junkets it worked with.

The company’s other violations included a failure to maintain appropriate records in relation to junket operators. According to the VCGLR, this particular failure meant it was unclear how Crown reached certain decisions relating to its junket partners and whether those decisions were made “with due regard to Crown’s regulatory obligations.”

The A$1 million fine is the maximum that the regulatory agency can issue under the state’s Casino Control Act. The VCGLR said that the penalty reflected the seriousness of Crown’s violations and the fact that those occurred over an extended period of time.

The company has also been banned from working with junket operators until its processes and procedures have been improved in a way that satisfies the local regulator.

Crown’s executive chair said they have already ceased working with junkets as part of a wider “reform agenda” and that the changes it plans to implement will be aimed at “delivering the highest standards of governance and compliance” and at mending the company’s reputation and restoring public and regulatory confidence in its operations in the state.