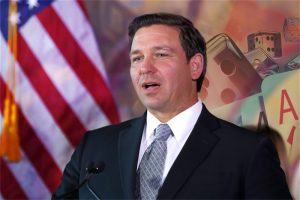 After years of failed negotiations, Florida lawmakers and the Seminole Tribe are reportedly a few hours away from signing a sweeping gambling compact that would bring sports betting and would generate billions of dollars for state coffers.

Governor Ron DeSantis and tribal leaders are believed to be ironing out the final details of a 30-year deal and it is expected to be signed as soon as Friday.

Under the terms of the agreement, online sports betting would become legal in the third most populous state in the US and the Seminole Tribe would serve as Florida’s hub for the practice. The state’s pari-mutuels would be able to contract with the state and offer digital wagering services.

The deal would further allow the Seminoles to offer craps and roulette at their seven casinos in the state. The tribe currently offers blackjack at its properties.

In a statement, Seminole Tribe Chairman Marcellus Osceola Jr. said that they are “committed to a mutually beneficial gaming compact” and that they are looking forward to securing approvals by the Florida Legislature, the Seminole Tribal Council, and the US Department of the Interior, which has the final say on compacts between tribes and states.

The tribe and the Florida Legislature signed their original compact back in 2010. Under that first deal, the Seminoles were granted exclusivity over the provision of blackjack in exchange for making annual payments of about $350 million to the state.

The original deal expired in mid-2015 and the involved parties have been unable to sign a new one since then. A sticking point in negotiations over the years was whether pari-mutuels should be allowed to continue to operate the so-called designated player games.

The Seminoles have been arguing that these games played a lot like blackjack and thus violated the tribe’s exclusivity. In 2016, a federal judge sided with the tribe and ruled that the contentious games indeed violated its exclusivity over table games. Tribal leaders have been adamant that there would be no new compact, if pari-mutuels were permitted to continue to offer designated player games.

Under a settlement between tribal officials and former Florida Gov. Rick Scott, the tribe continued to make its annual payments to the state until 2019 when it eventually quit the revenue-sharing agreement.

Under the terms of the deal that could be signed any moment now, pari-mutuels would be allowed to offer designated player games. However, their offering would be constrained to “their current footprint”, which means that pari-mutuels would not be able to significantly expand the games in future.

The new deal would require the Seminoles to make annual payments of at least $500 million a year for the next five years. In exchange, the tribe will be able to offer craps and roulette, in addition to blackjack, at its casinos around the state.

And as mentioned above, it would be able to offer digital sports betting. The compact would further allow pari-mutuels to contract with the Seminoles and offer sports betting services. They will be able to keep 60% of their wagering revenue and pay the remaining 40% to the tribe.

As for the Seminoles, they would pay to the state 10% of the revenue generated by pari-mutuels and 13.75% of their own sports betting revenue.

If the tribe fails to contract with at least three pari-mutuels within the first three months of legal sports betting, its payments to the state would be increased by 2%.

The new gambling compact, if signed by Gov. DeSantis, will then need to be approved by both the Florida House and Senate. However, there is only one week left of the state’s regular legislative session and reviewing and polishing the details of a complex, multi-dimensional agreement and then ratifying that agreement, may come as a bit too heavy lift for Florida lawmakers. They would likely request a special May session to secure more time.

In addition, the sports betting portion of the agreement could face legal challenges because of a constitutional amendment that state voters approved in 2018. Under said amendment, any casino game expansion requires a statewide referendum.

Sports betting is not a casino game under state law and wagering supporters believe the practice can be legalized without a vote. However, John Sowinski of No Casinos, the political committee behind the constitutional amendment, said that the practice is definitely subject to the amendment and needs voter approval.