Bally’s Out of Race for Richmond, VA Casino

Bally’s Out of Race for Richmond, VA Casino 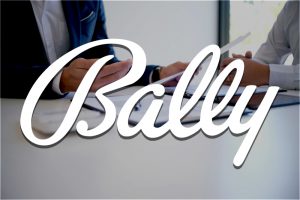 Bally’s Corporation’s effort to expand in Virginia’s nascent casino market was defeated after Richmond’s Resort Casino Evaluation Panel announced Wednesday that it has crossed off the Rhode Island-based group’s proposal off the shortlist of candidates.

The race is now between The Cordish Companies of Baltimore and a partnership between Black-owned Washington media company Urban One and Colonial Downs.

Bally’s proposal called for the development of a $650 million hotel and casino resort at the site of Chippenham Parkway and Powhite Parkway. The property would have included a casino with slot machines, table games, and a sportsbook, a hotel, dining and retail outlets, and performance space, among other facilities.

Earlier this month, dozens of Richmond residents living in the city’s Stratford Hills area not far from the proposed casino resort site walked out to voice their opposition to the project. They raised concerns of different nature, including noise, traffic, and environmental issues.

One protester argued that the land that the gambling venue would have been built on had once been home to a community of freed slaves and that it probably included the cemetery where community members had buried family members.

Bally’s responded to these claims by saying that it reviewed the cemetery deed for a property located north of their proposed casino site and that there were no valid sources indicating any graves on that site.

The Resort Casino Evaluation Panel said Wednesday that it was no longer considering the project tabled by Bally’s, citing concerns about “site access, environmental factors, and required approvals from non-city entities that may not be granted or extend the project timeline.”

The panel’s decision to nix Bally’s proposal marked the latest of several phases in the selection process for a preferred casino developer. The previous phase saw the City of Richmond cull in late March three of the six proposals it had received from interested operators.

In the next phase, the Evaluation Panel will announce its recommended developer, the preferred location, and important terms of the deal between the city and the approved candidate.

Commenting on the recent rejection of their proposal, Bally’s President and CEO George Papanier said that they were “disappointed and surprised” as they saw themselves as “the best operator to partner with the City on this endeavor and provided the largest financial package with the most economic benefit to RVA (Richmond, Virginia) residents and business owners.”

Mr. Papnier also noted that should Richmond officials reconsider their decision, the company “would be pleased to reengage.”

The Cordish Companies has proposed a $600 million scheme for a Live! Casino & Hotel Richmond property on the city’s North Side, not far from The Diamond baseball stadium. The resort will feature a hotel with 300 rooms and 30 suites, a 250,000-square-foot casino, and a 4,000-seat entertainment venue.

Urban One and Colonial Downs plan to build a $517 million ONE Casino + Resort complex on 100 acres of land on Richmond’s South Side. The property will include a 150-room hotel, a 90,000-square-foot casino with a sportsbook, 12 restaurants and bars, a 3,000-seat theater, and more.

The post Bally’s Out of Race for Richmond, VA Casino appeared first on Casino News Daily.