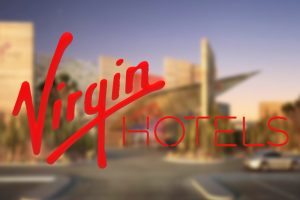 The opening of Virgin Hotels Las Vegas could suffer a further delay, according to a report by popular Las Vegas blog Vital Vegas.

The property was originally supposed to open doors this fall, but its launch was pushed back to mid-January 2021 due to market conditions and construction delays caused by the coronavirus pandemic.

In an internal memo to staff, Richard Bosworth, President and CEO of the casino complex’s owner, JC Hospitality, said that the property’s management is mulling pushing back its opening and that while it would be very painful for all of them to further delay the launch, it would probably be the right thing to do.

Nevada Governor Steve Sisolak ordered this weekend that casinos and other non-essential businesses reduce their capacity to 25% as the state fights to contain a new surge of Covid-19 cases. As part of the measures implemented by the state, the size of event gatherings was also slashed from a maximum of 250 attendees to just 50 attendees.

Mr. Bosworth said in his memo that while the current restrictions are only scheduled for the next three weeks, “there could be an extension if there is no improvement in the Covid-19 crisis.” The executive went on that the slowdown in local services and the reduced size of event gatherings “will likely impact many of our pre-opening activities.”

Virgin Hotels Las Vegas was scheduled to swing its doors open for its first visitors and guests on January 15, 2021. According to Mr. Bosworth’s memo, the CDC and John Hopkins University have projected the next Covid-19 spike to occur in early January which is right ahead of their scheduled launch.

Mr. Bosworth noted that while it is difficult to know if these projections are accurate, it would be “extremely disruptive to our opening” if they prove accurate.

Virgin Hotels Las Vegas began taking hotel reservations earlier this month. Mr. Bosworth said in his memo that they are following closely bookings for the month of January and that “with unprecedented low occupancy projections for Las Vegas, it is unclear that if we did open as scheduled, there would be enough business to support scheduling even 50% of our staff.”

The executive noted that while he could not determine a new opening date at the moment, the property’s launch could be delayed by three or more weeks beyond the original January 15 date.

The new hotel and casino complex will feature 1,500 rooms and suites in three towers. Its hotel operations will be part of Curio Collection by Hilton. Virgin Hotels Las Vegas will also feature 12 foot and beverage outlets and a 60,000-square-foot casino that will be operated by tribal gaming and hospitality giant Mohegan Gaming & Entertainment.