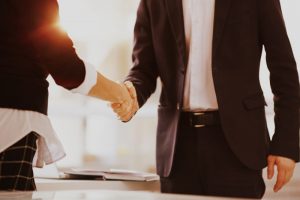 Indiana lawmakers have backed a deal with Michigan-based Pokagon Band of Potawatomi Indians allowing the tribe to transform its gaming venue in South Bend into a full-scale casino with table games, among other gambling offerings.

The tribe launched Four Winds South Bend Casino in 2018. The property’s gaming services have been limited to only electronic games since its owner had not agreed on a compact with the state.

On Monday, the Indiana House voted in favor of an agreement between tribal leaders and the state permitting the former to conduct various gambling activities at its South Bend property. The agreement was signed by Gov. Eric Holcomb this past January and has also been approved by the state Senate.

While the Pokagon Band does not actually need state approval to add table games and other gaming and betting products at its Four Winds property in South Bend, federal law calls for the tribe to sign a compact with Indiana and agree with lawmakers on the terms of the casino’s operations.

Indiana to Get 8% Cut of the Casino’s Slots Revenue

The new agreement contains a revenue-sharing provision, under which the tribe will contribute 8% of its slot machine revenue to the state and will continue to share 2% of its income to the host city of South Bend.

The total agreed between tribal leaders and state lawmakers still falls far below the 25% tax imposed on Indiana’s 13 commercial casinos.

The state Gaming Commission estimates the deal would generate $12 million a year in additional revenue. However, the regulator expects half of that to be offset by reduced business at Indiana’s other casinos due to the Covid-19 pandemic.

The 20-year deal prevents legislators to authorize new casinos within a 50-mile buffer zone so that no new competition is created for the South Bend casino. The zone covers most of northern and northwestern Indiana.

Existing casinos in Hammond and Michigan City will not be able to move onto dry land under the new tribal compact. The relocation of Gary’s two casinos had already been authorized, so they would be unaffected by the deal.

Indiana lawmakers could still authorize expansion at the Hammond and Michigan City properties, but that would instantly void the revenue-sharing portion of the state’s agreement with the Pokagon Band. The Hoosier State currently gets no revenue from Four Winds’ electronic game operations.

The tribe operates its casino properties in New Buffalo, Hartford, and Dowagiac under a similar compact with Michigan lawmakers.