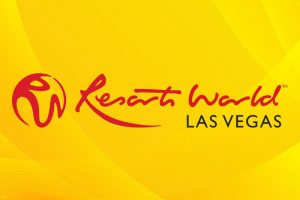 After eight years of planning, building, and multiple setbacks overcome, Resorts World Las Vegas is now just over two months away from swinging its doors open for guests and visitors.

The luxury hotel and casino complex, which is the first to be built from the ground up on the Las Vegas Strip in more than a decade, is set to officially open on June 24, 2021. The property has begun taking reservations for its more than 3,500 rooms and suites at its three hotels.

After years of planning and constructing this monumental property with some of the most innovative partners in the industry, Resorts World Las Vegas will redefine the hospitality standard in Las Vegas with unmatched dining and entertainment, more variety of hotel accommodations than anywhere else on the Strip, and the city’s most progressive technology.

He went on that they are “filled with gratitude and excitement” as they approach the June 24 opening of the complex and expressed hopes that they will play a role in Las Vegas’s rebound “after what has been an incredibly challenging year for the destination and greater hospitality industry.”

Resorts World Las Vegas is set to open during a pandemic that has disrupted every aspect of Las Vegas’ economy and business scene, with restrictions of varying severity being in place since March 2020 to help curb the spread of Covid-19.

Nevada Governor Steve Sisolak has recently set a June 1 goal for 100% reopening of businesses around the state, so Resorts World Las Vegas would hopefully be able to operate at full capacity when it opens doors in late June.

A Plethora of Gaming and Non-Gaming Offerings

Few properties on the Strip eclipse Resorts World Las Vegas in terms of money spent on development. When it opens doors in a couple of months from now, the resort will feature 3,500 luxury rooms and suites across three Hilton-operated hotels.

In addition, the property will feature a 117,000-square-foot casino with slot machines, table games, a poker room, high-limit areas, and a sportsbook.

Additional amenities will include a 5.5-acre pool complex, the largest pool deck in the city, 27,000-square-foot spa experience, 5,000-capacity concert and entertainment venue, 70,000 square feet of retail space, and 250,000 square feet of meeting and banquet space.

The property has teamed up with Singapore’s leading entertainment company Zouk Group for a variety of experiences in one entertainment complex located within the new resort. Concepts will include the legendary Zouk Nightclub as well as AYU Dayclub. Top-tier DJs Zedd and Tiësto have already confirmed residencies.

Legendary Past and Bright Future

Resorts World Las Vegas occupies the site of the iconic Stardust Resort and Casino, which was the largest hotel in the world when it opened doors in the late 1950s with 1,500 rooms. It was shuttered in 2006. It was owned by regional casino operator Boyd Gaming at the time. Its 32-story hotel tower was imploded the following year.

Malaysia-based gaming and hospitality powerhouse Genting Group bought the site in 2013 in a $350 million deal. Groundbreaking on the future Resorts World Las Vegas took place in May 2015.

At first, the property was supposed to be themed around Asia’s rich past and present. However, developers overhauled their original ideas about its design and amenities in 2017 and announced that the resort’s offering would be curated in a manner that would appeal to customers of all generations, particularly the tech-savvy millennials and Gen Z.

Wynn argued that Resorts World Las Vegas looked strikingly similar to its flagship Wynn Las Vegas and Encore properties located right across the street. Genting denied the claims and promised that its complex would look “dramatically different” from the above two. The two companies eventually settled the issue off-court.