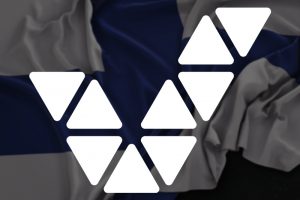 German supermarket chain Lidl is set to remove all slot machines from its stores in Finland, becoming the first retail chain operating in the country to do so.

Under Finnish gambling law, state-run agency Veikkaus is the only entity allowed to provide gambling services in the nation. As the local gambling monopoly, the company owns and operates slot machines at retail outlets around Finland, including ones owned by Lidl.

The retail chain giant said that it plans to remove the gambling devices from all its Finnish stores over the course of this coming summer. Lidl’s stores are home to about 250 Veikkaus slot machines.

The German-owned international chain said that its decision to remove the gambling devices was prompted by its desire to show a positive example as a company driven by responsible choices.

Commenting on the announcement, Lidl Finland CEO Nicholas Pennanen said that for them “responsibility means deeds, not just speech or slogans” and that “there are problems with gaming” and “slot machines in the shops have a role to play here.” The executive went on to explain that it is up to each retailer to choose for themselves whether they want to host gaming devices or not and assess their chances of giving these up, and that “as a large company we can set an example and lead the way.”

Lidl further noted that its decision to remove the hundreds of slot machines its shops around the nation feature will result in the annual loss of millions of euros in revenue from commissions paid by Veikkaus.

However, Mr. Pennanen said that they have had to train staff to monitor the slot machines and prevent issues with these, and that he believes the time and money spent on this as well as on cleaning and maintaining the devices can be used to focus on initiatives that would enhance customer experience.

It also rolled out compulsory identification verification controls across its slot machine network two years ahead of schedule. Under Finland’s amended Lotteries Act, mandatory ID verification for slot machine players was supposed to be introduced from 2023.

Veikkaus first implemented ID verification across slot machines located at third-party sites including restaurants, shops, and petrol stations on January 12. It expects to complete the rollout of the mandatory verification across its own slot arcades by this summer.

Source: Lidl to remove slot machines from all stores in Finland, Yle, April 15, 2021