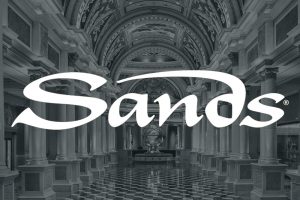 Several TV spots and radio ads will begin airing on April 15 in the state’s biggest metropolitan areas, calling for the legalization of casinos.

A narrator in one of the 30-second TV ads tells state residents that Texas annually loses enormous amounts of tourism and gambling money to neighboring states where more gaming and betting options are allowed.

The spot continues that the “the Legislature can allow Texans to vote to build four world-class destination resorts and casinos” this coming November and that properties of this kind would bring the billions of dollars that Texas loses every year back to the state.

The new ad campaign is funded by Las Vegas Sands under its new Texas Destination Resort Alliance. The initiative launched its website and social media accounts this week to coincide with the start of the ad campaign.

It should also be noted that Las Vegas Sands is backing legislation that calls for state residents to be allowed to vote on whether four destination resorts with casinos should be built in the Dallas-Fort Worth, Houston, San Antonio, and Austin metropolitan areas.

The company has plowed millions into lobbying for gambling expansion in the state in hopes to persuade local legislators to finally introduce more gaming and wagering options after previous unsuccessful attempts.

A separate piece, this one backed by a coalition of Texas sports teams, betting operators, and racetracks, calls for the legalization of sports betting in the state. It was discussed in the House on Wednesday.

House Speaker Dade Phelan seems to be more open to introducing more gambling to Texans, but Lt. Gov. Dan Patrick, who presides over the Senate, very much crushed hopes for bringing casinos and betting to the state earlier this year.

Asked about his thoughts on the matter, Gov. Greg Abbott said that he wants to know where residents are at on the topic.