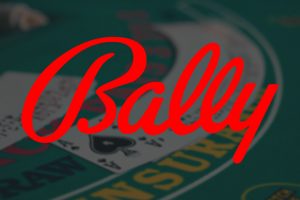 Bally’s Corporation’s acquisition spree is clearly far from over as the casino operator announced Tuesday that it has entered into an agreement to buy Tropicana Las Vegas from real estate investment trust Gaming and Leisure Properties, Inc. (GLPI) for approximately $308 million.

Tropicana Las Vegas first opened doors in the spring of 1957 with three stories and 300 hotel rooms. At a cost of $15 million, it was the city’s most expensive hotel-casino at the time.

Bally’s said Tuesday that the purchase price for the property’s non-land assets is $150 million and that it has also agreed to lease the land underlying the Tropicana property from GLPI for an initial 50-year term at annual rent of $10.5 million, subject to increase.

The casino company and the REIT will also enter into a sale-and-leaseback agreement relating to Bally’s casinos in Black Hawk, Colorado and Rock Island, Illinois. GLPI will pay $150 million in cash as part of that other agreement. The lease will have initial annual rent of $12 million, subject to increase over time.

The deal secures the casino operator with access to the Las Vegas market for the first time. Bally’s entered Nevada earlier this month when it finalized the acquisition of MontBleu Resort Casino & Spa in the Lake Tahoe area from Caesars Entertainment, Inc.

Commenting on the acquisition of Tropicana Las Vegas, Bally’s President and CEO George Papanier said that “landing a preeminent spot on the Las Vegas Strip is a key step” for them as the area is visited by 40 million casino players and Las Vegas guests per year.

According to Mr. Papanier, this will significantly enhance their customer base and player database and will unlock “marketing opportunities to leverage the iconic Bally’s brand.” Their Las Vegas expansion is also expected to support the growth and development of their digital gambling business.

Spreading over a 35-acre parcel on the corner of Tropicana Boulevard and Las Vegas Boulevard, Tropicana Las Vegas Hotel and Casino currently features nearly 1,500 rooms, a 50,000-square-foot casino with 1,000 gaming positions, 100,000 square feet of meeting and convention space, and a 1,200-seat performance theater, among other facilities.

This is the third time the property has changed ownership in the past several years. In 2015, it was purchased by major regional casino operator Penn National Gaming in a $360 million deal. The company offloaded the hotel and casino complex to GLPI in March 2020 to keep its business healthy amid the coronavirus crisis. It should be noted that GLPI was created in the fall of 2013 as a corporate spin-off namely from Penn National.

This is the second big acquisition deal announced by Bally’s in as many weeks. The company said in late March that it has agreed the key terms of the possible purchase of UK online gambling firm Gamesys at 1,850 pence per share or £2.02 billion (approx. $2.7 billion). It is to be seen whether Bally’s will express firm intention to buy the other operator and will table a formal offer.