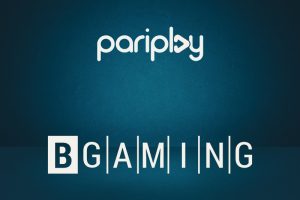 Online casino content aggregator Pariplay has partnered up with iGaming studio BGaming to add its games to its Fusion aggregation platform.

Established in 2018, BGaming has adopted a player-driven approach in its mission to create and deliver content with eye-catching graphics and other characteristic features. Its products are currently featured with more than 300 online casinos around the globe. The studio’s partnership with Pariplay will help it further increase its presence across new and existing markets.

As part of the deal, BGaming will load its online table games and slots, including Elvis Frog in Vegas, St Valentine’s Day, Fire Lightning, and Fruit Million, among others, onto Pariplay’s Fusion platform.

BGaming’s titles are also paired with exciting promotions and tournaments for greater player engagement and retention. It should also be noted that the innovative studio was one of the first in the industry to embrace cryptocurrencies and adopt the Provably Fair feature.

The Perfect Addition to the Fusion Platform

Of their partnership with BGaming, Pariplay Chief Commercial Officer Christine Lewis said that the studio’s “creative and unique games makes them the perfect addition to Pariplay’s Fusion

platform.” She went on to say that the releases’ “captivating gameplay and graphics” will certainly strike a chord with their operator partners and players across a wide number of markets.

Marina Ostrovtsova, Director at BGaming, elaborated that they work tirelessly to create engaging content and to enjoy a continued growth in the industry. She further said they expect this new deal to allow them to extend their presence across various markets and that being part of “Pariplay’s stable of studios will make our games available to some of the world’s leading operators” and will be accessed to an even larger number of players.

Founded in 2010, Pariplay has grown rapidly to become a leading aggregator and provider of content for the iGaming industry. The Fusion aggregator and the Ignite studio development program rank among the company’s most popular products and services. The aggregation platform features thousands of online casino games from leading developers and suppliers as well as a well-equipped suite of backoffice conversion and retention tools.