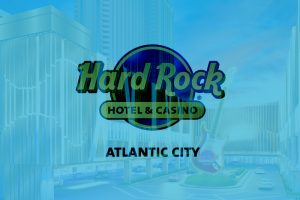 Hard Rock Hotel & Casino Atlantic City has agreed to pay $1 million a year for the next 12 years as part of a settlement with two former property tenants, the Press of Atlantic City reports.

The casino, which is owned by gaming and hospitality company Hard Rock International, said in its quarterly financial reports submitted to New Jersey gambling regulators that it has entered into a settlement agreement with unnamed tenants to terminate existing lease agreements and settle all pending disputes on January 17, 2020.

The property has agreed to make a total of 13 annual payments of $1 million each for every year through 2032. Hard Rock made the first payment earlier this year. The remaining 12 installments will be due annually beginning January 1, 2021.

Hard Rock has not revealed the identity of the two former tenants its was locked in a dispute with, but the Press of Atlantic City reports these were Robert’s Steakhouse and the Scores Atlantic City gentlemen’s club. Both were operated by businessman Robert Gans and closed early this year after they were told their leases would not be renewed.

The space formerly occupied by Robert’s Steakhouse has remained vacant after the outlet’s closure. Hard Rock this summer used the outdoor space that formally was part of Scores as al fresco seating for a seafood dining concept.

Both Scores and Robert’s Steakhouse announced their closure in posts on social media this past February. The two facilities originally began operating years ago at the former Trump Taj Mahal casino resort. That property was shuttered in 2016 and Hard Rock International purchased it the following year to transform it into what now operates as Hard Rock Atlantic City.

Before the opening of its Atlantic City casino in June 2018, Hard Rock filed a federal lawsuit seeking to terminate its lease agreements with Scores and Robert’s Steakhouse. The company argued that it was not legally required to honor agreements that the restaurant and the nightclub had with Trump Taj Mahal’s owner.

Hard Rock also expressed concerns that the Scores being a gentlemen’s club could sully its brand which is known for its rock-and-roll-themed but at the same time family-friendly entertainment offering.

A federal court sided with Scores which claimed that it had operated until Trump Taj Mahal’s permanent closure in the fall of 2016 and should be allowed to renew its lease. Both the nightclub and Robert’s Steakhouse resumed operations when Hard Rock Atlantic City was launched and operated until early this year.