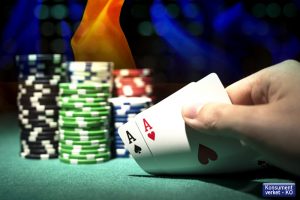 Sweden’s online gambling sector has once again been hit with criticism by local watchdogs, this time for the terms and conditions it imposes on customers.

The Swedish Consumer Agency, Konsumentverket, last week said that it has reviewed the T&Cs implemented by 13 locally licensed online casino and betting operators and that it has identified a series of deficiencies in these operator’s terms of service.

The deficiencies listed included withdrawal restrictions as well as changes in the terms of the contract between the gambler and the service provider that are in many case unclear and “not exhaustive.”

The 13 operators probed and slammed by the Swedish consumer ombudsman were:

The majority of these companies were previously fined and/or warned by the Swedish Gambling Authority over a series of different violations of the nation’s gambling laws and regulations.

The Swedish Consumer Agency said last week that there is “significant room for improvement” in the T&Cs maintained by each of the 13 companies The watchdog has sent its review to each of the 13 operators and their parent organizations and said it would follow up its review to see “to what extent the industry chooses to act when it comes to using contract terms that are reasonable and balanced.”

Konsumentverket said in its review that gambling operators should not require their customers to provide additional documentation to process a withdrawal as they conduct due diligence on each and every customer when they open an account.

The consumer ombudsman noted that such a request can be interpreted as an attempt to make it more difficult for a customer to withdraw their winnings.

The agency went on to say that many terms and conditions are “unclearly formulated” and make it difficult for customers to know the possible consequences these conditions may have.

Konsumentverket found out that some of the operators listed above declared that the laws of the jurisdiction they are based in apply in any disputes that may happen between the operators and their customers and these disputes are handled in a court in that jurisdiction. However, the Swedish ombudsman noted that this runs afoul of EU directives that require consumer disputes to be resolved in the country where the consumer has their “habitual residence.”

Konsumentverket found fault with some operators failing to provide proper information about alternative dispute resolution bodies. The agency told these operators that they should note in their T&Cs that customers can turn to Sweden’s general complaints board and the EU Online Dispute Resolution platform to resolve their disputes.

Other issues Konsumentverket’s review found with operators involved restrictions on gamblers filing complaints. These issues included requirements for written communications, reserving the right not to process a complaint if certain information is not provided, limiting the period of time in which complaints can be filed.

The consumer watchdog also stated it was not particularly happy with the fact that operators reserve the right to change their terms and conditions without giving valid reasons for the changes to their customers.