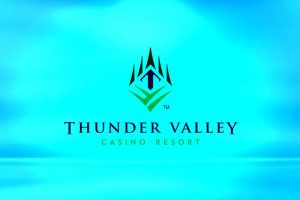 Thunder Valley Casino Resort, one of the busiest Vegas-style properties in the Sacramento, California area, is set to break ground on a $100 million expansion this coming Tuesday, March 15.

The hotel and casino resort plans to build a spacious indoor entertainment center that will host performances of all styles and kinds when it opens doors in late 2022.

The new facility will be located right next to the property’s casino. The entertainment center will feature more than 5,000 seats and will be called The Venue at Thunder Valley.

The owner of the gaming complex, the United Auburn Indian Community, will host Tuesday’s groundbreaking ceremony. The new indoor facility will replace the property’s temporary amphitheater where Thunder Valley’s traditional outdoor concert series has been taking place every year since 2010. It is still unclear whether the series will be held this summer.

Tribal spokesman Doug Elmets told local media on Friday that they are already in discussions with many performers about potentially appearing at The Venue when it swings its doors open for events. Stevie Wonder, Sammy Hagar, and Rod Stewart are only a handful of the artists that the tribe has been in touch with.

Mr. Elmets further noted that the new facility could also be used for sporting events such as boxing matches as well as for comedy shows.

Thunder Valley’s upcoming groundbreaking ceremony comes just under a week after the Wilton Rancheria tribe broke ground on the $500 million Sky River Casino resort in Elk Grove. That property is too slated to open doors in late 2022 and to join the six other hotel and casino complexes in the Greater Sacramento area.

Sky River Casino will be the first new casino in the region since Hard Rock International launched its property in Yuba County in October 2019.

Mr. Elmets said that with the addition of their indoor event center, they plan to challenge increasing competition in the area and that it is their intent to “always be many steps ahead” of their rivals. He further noted that “no other casino in this region has anything like this.”

The tribal spokesman added that they are confident the Covid-19 pandemic would have been reined in to a point that large indoor events would be allowed by the time Thunder Valley’s new theater is launched.

Thunder Valley is the largest casino in the area by number of slot machines operated. The casino hosts 3,500 of the 13,000 slots that are currently available in Greater Sacramento.