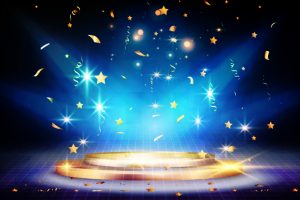 The Wilton Rancheria tribe finally broke ground Tuesday, March 9, on its planned casino resort after years of wrangling with project opponents and other obstacles.

Las Vegas-based casino operator Boyd Gaming will build the property and operate it on behalf of the tribe. It is scheduled to open doors in late 2022.

The casino complex will be raised from the ground up on a 35.9-acre site adjacent to an unfinished shopping mall in the California City of Elk Grove in the Greater Sacramento area. The US Department of the Interior placed the land into federal trust in 2017. Late last year, Boyd purchased the vacant mall site that will too be used for project purposes.

During the Tuesday groundbreaking ceremony, attended by tribal members, city leaders, and others, tribal officials said the future complex will operate as Sky River Casino. The cost to build it exceeds $500 million, it also became known.

The property will feature a 110,000-square-foot casino with more than 2,000 slot machines and 80 table games. A 12-story hotel tower with over 300 rooms and suites will accommodate guests of the resort. It will also include a fitness and spa center, food and beverage outlets, a luxury pool complex, and more than 30,000 square feet of meeting space, a conference center, a ballroom and an entertainment venue that will host events of different nature.

Construction is set to generate 1,600 jobs, while 1,750 full-time positions are expected to be created when the casino-hotel complex becomes fully operational a year and a half from now.

The groundbreaking ceremony evoked “a flood of emotion, elation, and tears”, the tribe’s former chair, Raymond Hitchcock, said Tuesday. He served as the tribe’s top official from 2012 to 2020.

The casino project has been long time in the making and Wilton Rancheria has gone through many ups and downs until it was finally able to commence construction. The tribe and the Elk Grove City Council signed a memorandum of understanding in 2016, under which the former agreed to pay $186 million to the city over a 20-year period in exchange for the right to build the property within city limits.

The agreement had to be approved by the US Department of the Interior. The approval came in early 2017, but was contested by a group opposing casino-style gambling. The Interior Department denied the motion in the summer of 2017.

During Tuesday’s ceremony, tribal chair Jesus Tarango said that finally breaking ground on their casino demonstrated “the hard-fought determination of generations of tribal members to create a future of dignity and self-sufficiency for Wilton Rancheria.”

Mr. Tarango further noted that the property will help the tribe secure funds for investing in housing, education, and health care for its 853 members and preserve their language, culture, and community.