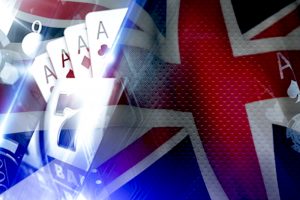 A Tory minister with a history of support for UK gambling sector has taken over responsibility for an ongoing review of the industry, the Guardian reported on Monday.

Media minister John Whittingdale has been placed in charge of the review nearly three months after its launch. He has taken over from sports minister Nigel Huddleston. The change aims to relieve some of the latter’s workload and let him focus on efforts to mitigate the impact the Covid-19 crisis has had on UK sport, tourism, and heritage.

According to parliamentary monitoring site TheyWorkForYou, the media minister voted in 2014 against a measure calling for local councils to be given powers to prevent the proliferation of the highly controversial fixed-odds betting terminals (FOBTs) and the betting shops that host these.

The previous year, he voted against a proposal for remote gambling operators to be required to ban self-excluded customers from gambling.

In 2012, the culture select committee which he chaired at the time released a report calling for permitting FOBTs at bingo halls, amusement arcades, and motorway service stations. The proposals outlined by the report did not gain much traction and were not adopted by the Government.

Mr. Whittingdale has also made numerous comments about FOBTs over the years that gambling opponents have blasted as an attempt to downplay the risks these pose to gamblers. On one occasion, he said before fellow MPs that it was “virtually impossible” to lose huge amounts on the gaming machines.

A crackdown on the controversial devices was eventually introduced in 2018 to slash the maximum stake allowed on those from £100 to just £2.

Of Mr. Whittingdale’s new role, Labour MP Carolyn Harris said that given his “history of being strongly supportive of the industry, I very much hope he will be focused on the evidence and not influenced by aggressive industry lobbying.”

Ms. Harris chairs the Gambling Related Harm All-Party Parliamentary Group which has for years been lobbying for an overwhelming overhaul of UK gambling rules and regulations.

After years of mounting pressure from the above group and other anti-gambling campaigners, the UK Government launched late last year a review of the Gambling Act 2005 that may eventually roll back huge sections of the law that, when it was adopted in the mid-2000s, resulted in the creation of Europe’s largest regulated market.

Proponents of tougher restrictions call for stake limits on online slots and a cap on monthly deposits, a ban on VIP schemes and other inducements, and a blanket ban on all gambling advertising, including shirt sponsorship deals between UK-licensed betting operators and Premier League clubs.

Of the appointment of Mr. Whittingdale, the Department for Digital, Culture, Media, and Sport said that he “fully supports the comprehensive, evidence-led review of the gambling act to ensure that legislation is fit for the digital age.”