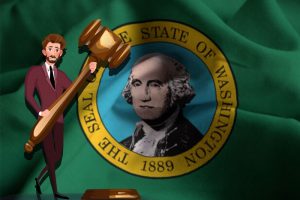 Washington State made its latest attempt to expand gambling policy to private card rooms and racetracks in the hopes of making the state more competitive when it came to revenue.

During the State Senate Committee hearing last week, 1,888 people attended online. 1,041 of them opposed a bill on the matter. There were 17 lobbyists, who tuned in on behalf of 14 of the 29 federally recognised native American tribes.

The tribes currently have powers to run sports betting and gambling businesses and they are not willing to relent their grasp of the exclusive compact with the state.

Gambling has long been the tribes’ main source of income. Their opinion is only natural. The interesting part is that according to sources, a significant amount of money has been used to sway public opinion.

Lobbyists records show that $1.16 million were paid by the tribes to ensure opposed state politicians.

Response from the Tribes

Rebecca George of the Washington Indian Gaming Association (WIGA) accused the lobbyists of being unfair since the tribes are trying to feed their members and not to live a luxurious life.

Tribal concerns are that the new policy would take away their ncome for it will most likely try to replace sports betting with mobile gaming.

Meanwhile business owners are against the tribes’ position and their monopoly. Maverick Gaming CEO Eric Persson simply explained that tribes “want sports betting for themselves,” something he objected to.

It turns out that the State needs the tribes for their casinos generate 23,000 jobs and a steady income for the Washington area not only due to direct taxes to the state, but also because salaries generated by the workforce are usually spent back in other businesses, as tribes focus purely on casinos.

According to data provided by WIGA, the state receives around $722 million annually from revenues. And this is only from tribal contributions.

Washington lawmakers first introduced the bill that is set to lead to gambling expansion back in 2019. Initially, the bill aimed to authorize physical and mobile betting within tribal gaming facilities.

Two years later, if the bill passes it would be huge change and the first major gambling expansion in a state known for its extremely conservative gambling policy.

For the sake of the gambling future in Washington, tribes and private businesses need to find a middle ground where both parties will be benefitted equally.