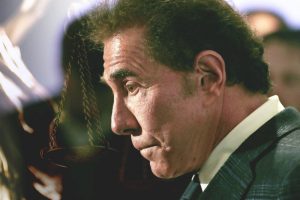 The Nevada Gaming Control Board will appeal a recent ruling that says the regulator does not have the authority to discipline the former boss of Las Vegas casino operator Wynn Resorts, Steve Wynn.

The ruling was issued in November by Clark County District Court Judge Adriana Escobar. Judge Escobar ruled that the Gaming Control Board cannot pursue any action against Mr. Wynn since he has no ties to Wynn Resorts and the state’s casino industry.

Board members on Wednesday voted unanimously to appeal the ruling to the Nevada Supreme Court.

Judge Escobar delivered her ruling a year after the Gaming Control Board lodged a five-count complaint against Mr. Wynn, arguing that the regulator along with the Nevada Gaming Commission still had jurisdiction over Mr. Wynn, although he was no longer involved in the state’s gambling industry.

The businessman found himself at the center of a massive scandal after the publication of a bombshell Wall Street Journal report in January 2018 detailing decades-long pattern of sexual misconduct and sexual harassment by the former Wynn Resorts boss with subordinates at his former company. Mr. Wynn stepped down as CEO and Chairman of the casino operator in February 2018 and offloaded his personal stake in the company in March 2018.

The businessman was hit with multiple allegations that he had subjected Wynn Resorts workers to unwanted sexual advances and coerced some into performing sexual acts on him, but has kept denying these. He has also kept a low profile since the publication of the damning Wall Street Journal report.

With its complaint from last fall, the Nevada Gaming Control Board sought to revoke Mr. Wynn’s suitability to hold a casino license in Nevada. This would have taken away his license from state regulators and would have prevented him from ever being licensed in Nevada again.

The five-count complaint further called for the businessman to be slapped with a hefty fine. Wynn Resorts received a record $20 million fine from Nevada regulators for failing to address the sexual harassment allegations against its former Chief properly.

The Nevada Gaming Commission reviewed the board’s complaint in December 2019 and commission members concurred that it could be heard, despite protests from Mr. Wynn’s attorneys that his resignation from his CEO and Chairman roles and the divestment of his stake in Wynn Resorts prevented regulators from getting him punished.

Mr. Wynn’s legal team filed this past January a petition arguing that state regulators did not have jurisdiction over the embattled businessman because he was no longer affiliated with the casino operator.