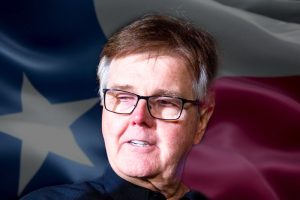 In a radio interview this week, Lt. Gov. Dan Patrick made a statement that crushed Texas’ hopes for gambling expansion.

Mr. Patrick presides over the Texas Senate. He announced that he opposes the proposed gaming and gambling expansion as do Republican senators.

He told radio host Chad Hasty on KFYO in Lubbock that he has never been in favor of loosening casino and gambling laws.

Such a statement makes it practically impossible for a bill to legalize gambling to pass since the Texas Senate consists of 18-13 majority of Republicans. In order for the legislation to pass, it needs 21 votes in favor. According to Mr. Patrick, there is not even a slim chance of having the votes.

He added: “I don’t spend much time on it because the members are just against it.”

New gambling laws were supposed to bring more income for the state and thus offset financial losses caused by the Covid-19 pandemic, but Senate President Patrick dismissed such an argument. According to him, the state already spends $125 billion a year and the expected revenue would only make for a relatively small dent in that amount.

Patrick said that the legislation is of no interest to the Senate which has historically opposed expanding opportunities for the gambling industry.

Texas has one of the strictest gambling laws in the US. There are a few exceptions though where the practice is allowed, such as bingo, the state lottery and at horse or greyhound dog races.

In the 1980s, the state law allowed three federally recognized Native American casinos to operate in the state but only with limited games. There have not been made any improvements past that.

Senate President Patrick noted that there are some competing interests, that include race tracks, sports teams, Las Vegas casinos and nearby states that allow gambling.

He said: “There’s so much infighting and competition amongst all the people in that arena. That’s why it never goes anywhere.”

He added: “And so it’s not even an issue that’s going to see the light of day this session.”

Recent hope for legal casinos in Texas came at the end of 2020 when late Sheldon Adelson showed his interest in establishing a Vegas-style casino in the state.

Even after Adelson’s death, many questioned how much momentum remained behind the cause. However, in January his company, Las Vegas Sands, announced that it would continue with its plan.