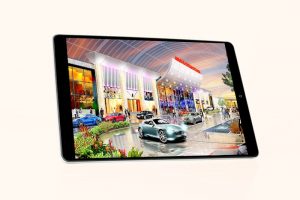 The Catawba Indian Nation announced going forward with the plan to establish a Las Vegas style casino in Kings Mountain. This week it reached a key agreement with the state of North Carolina to proceed with establishing the facility that is expected to be only 35 minutes away from Charlotte.

The Catawba Indian Nation celebrated the North Carolina lawmakers’approval as significantly important since without it, class III gaming will not be allowed in the future Two Kings Casino Resort that includes blackjack and slots.
Only Class III games need official approval, unlike games Class I and Class II, which are bingo and poker games.

According to Chief William Harris, the timeline of the project is still uncertain and the opening date is impossible to predict, but he stated that an “introductory casino gaming facility” is expected to open right this fall.

In the meantime, Charlottle Business Journal reported that the grading of the 17-acre site is almost complete.

Details of the agreement

The agreement between the Catawba Indian Nation and the North Carolina government includes important casino revenue share and tax benefit that will help with state’s financial problems.

According to the plan, the future casino facility will cost $273 million and will represent a 195,000-square-foot mixed use development with over 75,000 square feet of gaming space. The casino will have 1,796 slots, 54 table games, and a player’s club, along with restaurants and bars with a total of 940 seats. It’ll be open 24 hours a day, seven days a week.

According to Harris, there will not be just financial benefits for the state since the whole project from start to finish will open thousands of job opportunities for the people in the whole area.

The Catawba Indian Nation’s proposal was approved by the U.S. Department of the Interior last March but the coronavirus pandemic caused a significant set back. Still the approval was the first major step forward to making the casino complex on 16.57 acres in Kings Mountain.

It is still unclear if the project will move forward without any other problems on the way, but it is certain that the construction will take several years, meanwhile Philadelphia’s players experienced an exciting event last week with the opening of Live! Casino & Hotel in the state.

The new facility opened for exclusive club members only and the full opening is scheduled for February 11. It is situated just 6 miles from the Brooklawn Shopping Center and it is worth $700 million. The New Live! Casino & Hotel Philadelphia is located next to Stadium Holiday Inn, which was demolished for the purposes of the new facility.

The new facility is supposed to benefit the city by bringing $2 billion in economic stimulus, $100 million to Philadelphia tax revenues in the first 5 years and $25 million to the school district.