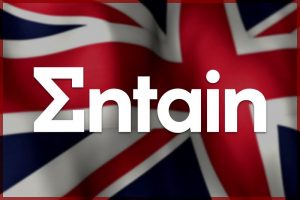 After the several attempt from MGM Resorts to enter partnership with the owner of Ladbrokes bookmaking shops, Entain, the US casino giant announced that it is not going to make any more offers.

Such a partnership was going to help with MGM’s expansion into the online gaming and sports betting markets. This was important for the casino giant since it experienced some significant loses due to the coronavirus restrictions.

On the other hand, the deal with Entain was going to allow the US company to compete more aggressively with rivals.

Last year, casino giant offered $10 billion to UK company, which it rejected explaining that it was undervaluing the company.

Earlier this year, MGM made another offer of $11 billion, including both cash and shares, in case Entain wasn’t interested in just money profit. https://www.casinonewsdaily.com/2021/01/12/mgm-is-discussing-ways-to-make-their-offer-for-entain-more-appealing/

Soon after, Barry Diller, billionaire and chairman of IAC, MGM Resort’s largest shareholder was asked to make a statement regarding the future deal. He said that he was skeptical https://www.casinonewsdaily.com/2021/01/15/barry-diller-makes-statement-regarding-mgm-entain-deal-success/ the acquisition will happen.

He also stated that his company is prepared to invest even more in MGM if that would help finalize the deal.

Two weeks after the latest offer was placed, MGM announced giving up on the attempt to buy UK gambling company.
MGM Resorts continues with effort to expand on the online gaming and sports betting market in UK with or without Entain. There are still few options in front of the casino giant.

According to source close to Entain, the departure of chief executive Shay Segev during the negotiations played some part in the failed partnership. Although now ex chief executive stated that he agrees with Board’s decision to reject MGM’s offer.

MGM and Entain’s initial partnership started in 2018. They have been partners in $450m 50/50 sports betting joint venture. According to the director of travel and leisure at Numis Securities, Richard Stuber, this partnership wasn’t as strong as it was supposed to be, which played a significant part in the recent events. He added that he could not see any obvious counter-bidders for Entain.

The reason is that the existing joint venture between the two companies enables the British powerhouse to accept other offers giving the US giant a chance to unwind the partnership.

The potential collaboration with MGM and Entain was supposed to provide players with premium online casino and sports betting experience.