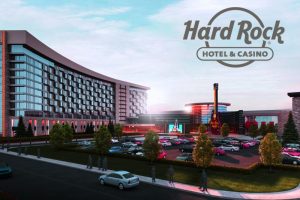 Hard Rock International announced acquisition of the casino premise license from The Ritz Club in London. This recent win for the entertainment and hospitality brand is part of their expansion plan. The company already has some significant influence in many major cities across the globe and the recent acquisition will allow it to establish a new casino premise in London.

In his statement regarding the acquisition, chairman of Hard Rock International, Jim Allen said: “We look forward to expanding our brand offerings within London and bringing our award-winning hospitality, gaming and entertainment to the birthplace of Hard Rock,”

Hard Rock International is a world-renowed brand with venues in 69 countries spanning 240 locations. Part of their ownings are hotels, casinos, Rock Shops® and Cafes

Hard Rock International already has facilities in some of the biggest cities in the world, such as New York, Paris, Amsterdam, Madrid and others. With the new transaction, HRI will expand its existing portfolio.

Hard Rock is one of the very few US casinos operators that are pursuing license for Japanese IR and earlier this year was announced as a potential buyer for Venetian Palazzo.

Rumors involve Hard Rock International in many purchase deals but as it seems, the company has no intentions to return to Las Vegas Strip, although as part of the deal for Venetian Palazzo, the purchaser will take on Sands Expo Conventional Center. All those properties are considered some of the premium casino resorts.

Even bigger and more exciting news broke at the end of 2020 regarding the brand. It announced tapping into the lucrative online casino and sports betting sector with the launch of Hard Rock Digital Arm.

The Hard Rock Digital brand will broaden the company’s digital business. It is an important move in the middle of a pandemic that caused many restrictions in the casinos as well as huge losses for the sector.

As for the latest addition to Hard Rock’s portfolio, the company is planning on establishing casino premises in London, since The Ritz Club announced that it won’t reopen its doors after closing them in March 2020 due to the coronavirus pandemic.