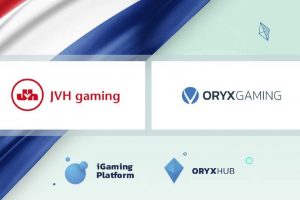 ORYX Gaming and Bragg Gaming Group sealed a deal with leading edge Dutch operator, JVH gaming & entertainment group. Thanks to it, ORYX will extend its influence on the Netherlands market and JVH group will have access to a large number of casino games and providers.

The agreement was closed on Jan. 5. Based on it, ORYX will provide the Dutch operator with its iGaming Platform, ORYX Hub, an integration with Kambi Sportsbook and various ORYX RGS and third-party aggregated content, which will take JVH’s business online for the first time.

The iGaming Platform will play a huge part in the future JVH group interactive business, which includes already established set of tools, such as player and payment management, CRM and promotions, bonuses and rewards, fraud, rule engine, compliance, analytics and reporting and CMS.

The deal comes ahead of the opening of the online gaming market in the Netherlands that will happen later in 2021, an event, which is long-waited by both companies.

According to Matevž Mazij, Managing Director of ORYX Gaming, the company has long anticipated the Dutch market opening as well as the partnership with JVH, a company with an impressive influence on the gaming market in the Netherlands.

Last year was exceptional for ORYX for leading to a lot of client launches and market entries. The deal with JVH group is yet another strategic partnership for ORYX, which further ensures its presence in Europe where it is licensed by the Malta Gaming Authority (MGA) and the Romanian National Gambling Office (ONJN). The company has its content certified in 18 major jurisdictions.

JVH gaming & entertainment group is one of the most influential gaming companies in the Netherlands since it holds about 40% share of the whole Dutch casino market. Up until now the company is operating over 80 gaming locations in the whole country.

The deal with ORYX is set to benefit both companies.

The JVH group will have access to a vast collection, hosted by ORYX Hub, which holds more than 10,000 casino games from more than 100 providers, including ORYX’s proprietary RGS content as well as various other content suppliers, such as NetEnt, Pragmatic Play and Greentube.

In the meantime JVH will also have access to a real time data platform and player engagement platform, property of ORYX, using tools, such as Real Time Campaign management system, Leaderboards and Tournaments, Achievements, Jackpots and others.

After the recently established partnership between JVH group and Evolution and through the deal with ORYX, the Dutch company will be able to secure their way in online live-casino with a high quality gaming offer.

In December 2020 JVH went into partnership with Kambi Group, which will also be included in the deal with ORYX.