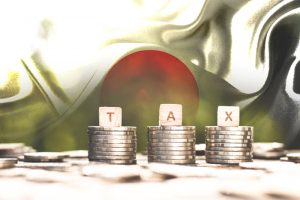 The changes will be included in the country’s 2021 tax reform that will be unveiled in December.

In relation to integrated resorts, the LDP last week discussed how casino patrons’ winnings will be treated in the country when its first gambling establishments open doors.

Japan legalized casino gambling in December 2016. The country’s central government plans to award up to three casino licenses to interested Japanese cities and prefectures and their private sector partners. Under Japanese law, casino-style gambling can only take place within multi-purpose complexes known as integrated resorts.

Reports emerged late last year that Japanese lawmakers were mulling introducing a so-called withhold tax on winnings by non-resident foreigners gambling at the country’s future casinos. This type of tax system was considered because it could facilitate tax probes and investigations in the future.

The system involved levying a tax on the difference between the value of the chips purchased by a non-resident foreigner and the amount of chips converted back into cash. Lawmakers were also understood to have mulled making it mandatory for casino operators to keep records on chip purchases and win-loss results.

Tax on Winnings Could Be Eliminated

Mr. Amari last week told reporters that the LDP plans to introduce changes to the system relating to taxation of integrated resorts and their casino facilities and that all issues need to be ironed out because casino operators could otherwise backtrack from their plans to bid for the right to run gaming establishments in Japan.

Mr. Amari said that we lawmakers do not decide on “a system of taxation”, things would be “completely unpredictable” and no operator would want to be involved.

Japan’s Ministry of Land, Infrastructure, Transports, and Tourism has requested that the 2021 tax reform eliminate the need for withholding tax on foreign casino patrons’ winnings and has called for these winnings to be declared on a tax return as a temporary income.

Mr. Amari said that there would be discussions to ensure that foreign players’ winnings are tax exempt as taxing them would be a deterrent to patrons and would place an unnecessary burden on casino operators.

Japan’s central government originally planned to begin accepting license applications from cities/prefectures and their private sector partners from January 4 though July 30, 2021. However, the Covid-19 pandemic and the disruptions it caused in nearly every aspect of life resulted in that timeline to be pushed back nine months.

Under the new timeline, applications will be taken between October 1, 2021 and April 28, 2022. The country’s government is also yet to complete its Basic Policy on integrated resorts, the framework under which the establishments will be regulated.