Dr. Miriam Adelson, the widow of late Sheldon Adelson, has formally been appointed as executor of the billionaire Las Vegas Sands founder’s estate. 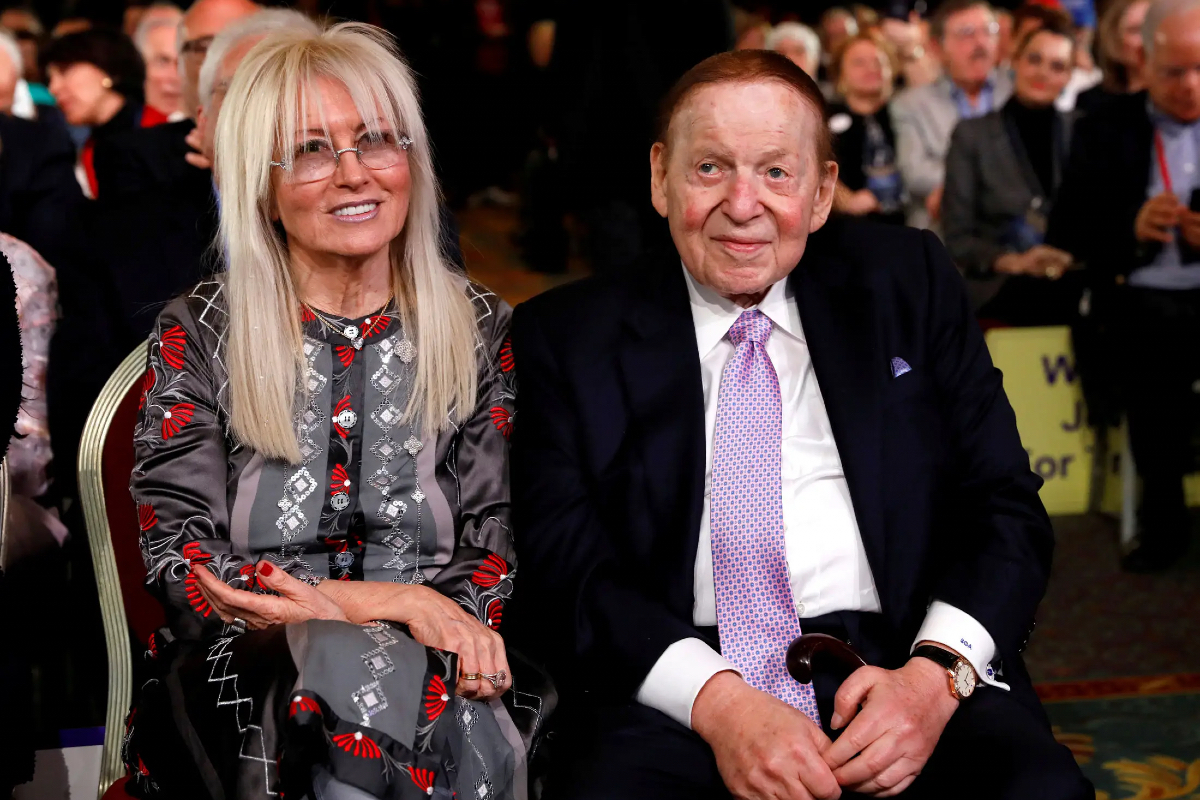 Dr. Miriam Adelson is seen with her husband, Sheldon Adelson, in 2019 at the Republican Jewish Coalition. Dr. Adelson is now the world’s fifth-richest woman after inheriting her late husband’s fortune. (Image: Reuters)

According to filings made public this week by the US Securities and Exchange Commission, Dr. Adelson, as of June 3, is executor of her late husband’s fortune. The 75-year-old owns nearly 399 million shares of Sands, or approximately 52.2 percent of the entire casino organization.

Dr. Adelson married Sheldon Adelson in 1991. He was 58 at the time. Adelson died at the age of 87 on January 11 at his Malibu, Ca., home from complications related to non-Hodgkin lymphoma.

Born to an immigrant, blue-collar family in Dorchester, Ma., Sheldon Adelson was an entrepreneur nearly from birth. At the age of 12, he was running a newspaper distribution business with money borrowed from an uncle.

Adelson began creating his vast wealth through organizing large-scale conventions. He was a founder of the COMDEX trade shows, which became the largest computer industry trade shows in the world throughout the 1980s and 90s.

Adelson used his riches to enter into the casino industry by purchasing the Sands Hotel and Casino in Las Vegas in 1998 for $110 million. Seven years later, he sold COMDEX, with his take more than $500 million, to focus on integrated resort development that catered to large-scale exhibitions and events.

Las Vegas Sands has, for years, generated more annual gaming revenue than any other company in the world. Today, it derives the majority of its income in China’s Macau.

Dr. Miriam was by her husband’s side for the past 30 years. Together, they embarked on numerous philanthropic endeavors, including the founding of a drug abuse treatment and research clinic in Las Vegas, and various Jewish and pro-Israel causes.

President Donald Trump awarded Dr. Miriam the Presidential Medal of Freedom in 2018. Being longtime supporters of the GOP and Trump, the bestowment caused plenty of criticism from Democratic opponents.

By inheriting her late husband’s fortune, Dr. Miriam Adelson is now the fifth-richest woman on the planet. Her Forbes real-time net worth is estimated at $35.1 billion, which puts her No. 40 in terms of the world’s richest people.

Dr. Adelson is expected to manage the estate and trust funds benefitting her family. The court filing says she has full control regarding oversight.

In a 2014 interview with Bloomberg, Adelson said leaving behind great wealth for his family heirs wasn’t exactly his preference.

I don’t necessarily want to build a dynasty. A friend of mine says that he only cares about the faces he can see. So, when you think ahead, three generations from now, my children’s children’s children, do I really care about them? I don’t even know who they are,” Adelson declared.