Encore Las Vegas is the latest casino resort on the Las Vegas Strip to invite guests to bring along their furry four-legged friends. 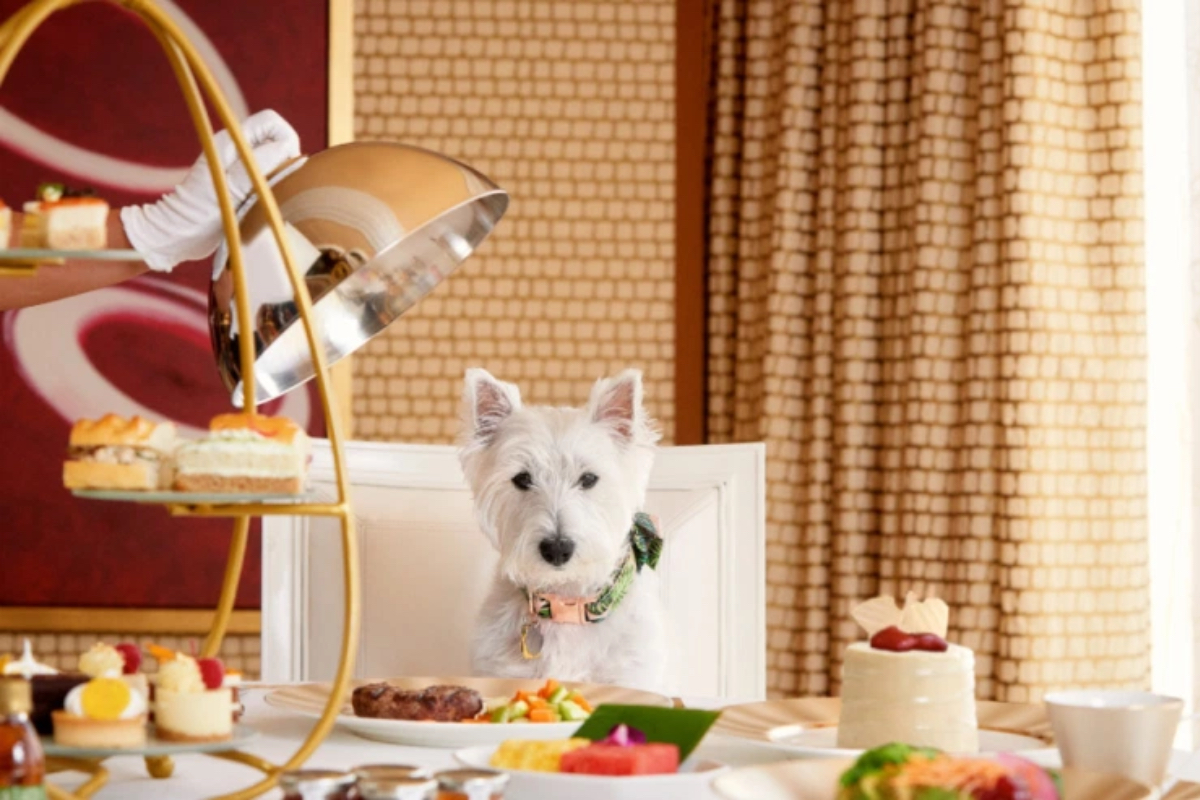 A marketing ad for Encore Las Vegas’ dog-friendly promotion. Wynn guests in Las Vegas can now bring along their dogs that are under 35 pounds. (Image: Encore at Wynn Las Vegas)

And it wouldn’t be Wynn without doing things over the top, so doggy in-room dining service makes perfect sense. A special in-room dining menu for Milo is available that offers “a selection of in-house prepared options from snacks to meals.”

While you’re gambling, Encore Las Vegas will offer walking and/or sitting services for an additional cost.

The doggy VIP program doesn’t come cheap. A nightly fee for up to two dogs costs $125 for resort rooms, and $175 for suites. The cheapest rate through August for the dog offer is $284 a night. With taxes and resort fee, that comes to $322.

While there are no breed restrictions, each dog can only weigh up to 35 pounds.

The Las Vegas Strip is today known for its glitz, glamour, and five-star resorts much more than just gambling. But that isn’t to say that pets aren’t welcomed. In fact, Sin City is extremely hospitable to dogs.

In late 2019, MGM Resorts, the operator of the most casinos on the Strip, announced all of its properties were going pet-friendly. Like Encore, MGM charges a nightly fee for bringing along the family dog, and that ranges from $50 to $175, depending on the room and resort. Dogs must be 50 pounds or lighter.

MGM offers a “doggie concierge” for guests while they are out and about. For a $20 fee, a concierge team member will check on the dog, and snap a photo and text the guest showing the animal safe in the room.

Caesars properties also permit dogs up to 50 pounds. Have a bigger pup? Strip hotels without canine weight limits include The Cosmopolitan and Four Seasons.

Allowing guests to bring their pets while staying the night in Las Vegas is big business. According to the American Veterinary Medical Association, 38.4 percent of US households have a dog. The group reports that there are more than 76.8 million domesticated dogs.

SunTrust Bank estimated in 2019 that Americans spend nearly $140 on each of their pets during the December holidays. Per-pet holiday spending has increased on an annual basis every year this century.

Anyone who has flown on an airplane in the past few years has also likely noticed an increase in the number of animals on board. However, that changed in December, as the US Department of Transportation amended its rules for traveling by air with service animals.

The federal agency said emotional support animals are no longer considered service animals. To take a dog on an airplane, the service animal must be “individually trained to do work or perform tasks for the benefit of a person with a disability.”