Caesars Entertainment and the casino giant’s employee retirement money manager, Russell Investments, are named as defendants in a federal lawsuit brought by a former employee. 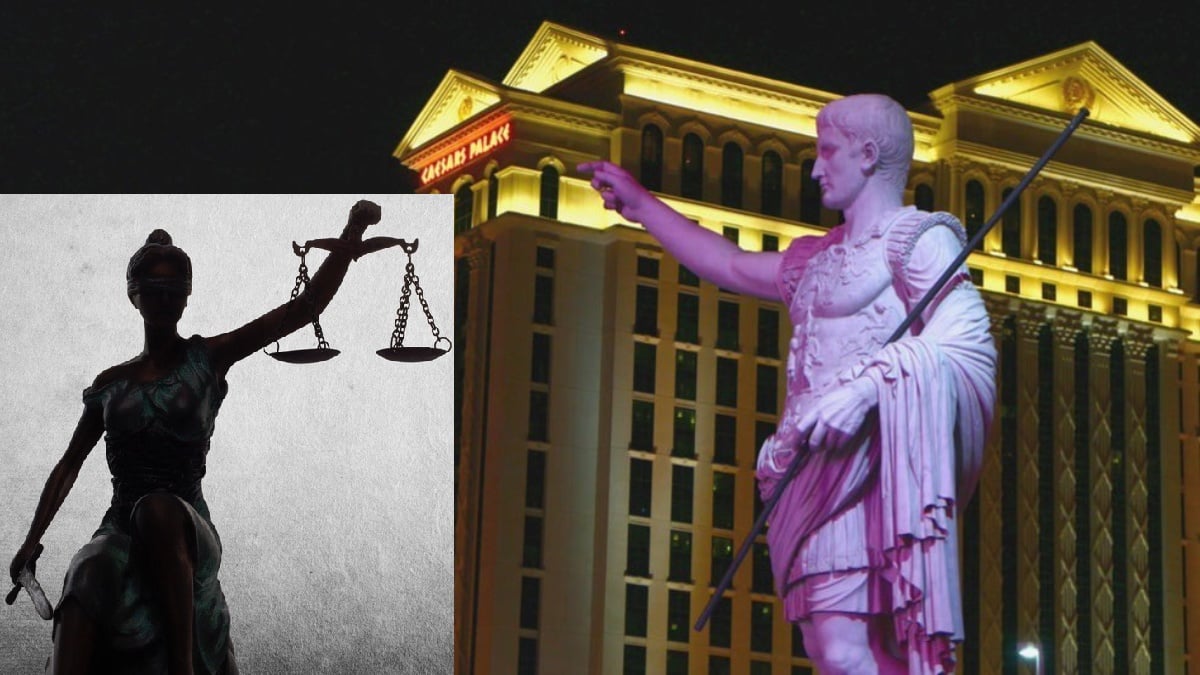 Caesars Palace on the Las Vegas Strip. The resort’s owner, Caesars Entertainment, is facing a lawsuit filed by a former employee who is contesting the company’s 401(k) program. (Image: Shutterstock/Casino.org)

Attorneys representing Maggie Thomson claim that Caesars and Russell breached their fiduciary responsibilities and cost workers participating in the company’s 401(k) program more than $100 million. The legal complaint contends that when Caesars outsourced the money management of its retirement program by bringing in Russell, the investment firm benefited by transferring nearly all investment options to its own proprietary funds.

Russell obtained control of the Plan’s investment menu in 2017 and promptly filled the Plan with its own poorly performing proprietary funds. Russell’s gambit was a life preserver for its struggling funds and brought $1.4 billion in new investment at a critical time when other plan sponsors were leaving Russell’s funds,” the lawsuit filed in Nevada’s US District Court states.

“The deal did not promote the interest of Plan participants, however, as the Plan already had in place a menu of leading funds that consistently outperformed Russell’s funds at similar or lower levels of risk. Not surprisingly, Russell’s self-serving swap has been disastrous for the Plan and cost participants more than $100 million in lost investment earnings to date,” the class-action complaint argues.

A statement from Russell Investments rejected the lawsuit.

“We believe this lawsuit is without merit, and we intend to vigorously defend the firm against these allegations,” the company said.

A 401(k) is a common tax-advantaged retirement program offered by employers. Employees can make automatic contributions to their 401(k) accounts, and companies typically match a portion of the contribution. Investment earnings in a 401(k) are not taxed until they are withdrawn.

Thomson says when Caesars outsourced its 401(k) program to Russell in 2017, the same year the company emerged from bankruptcy, her age-based fund was automatically transferred. Thomson was happy with the returns being realized by the fund offered by State Street, another financial management firm that Caesars previously uses. Russell transferred her money from the State Street fund to a similar age-based fund that it managed.

The Caesars 401(k) program has a BrightScope score of 60 out of 100. The BrightScope Rating is based on an algorithm of more than 200 unique data points per plan that is reviewed by independent fiduciaries, finance professors, and 401(k) experts.

According to financial filings, Russell’s 401(k) program for Caesars employees has more than 50,000 active participants and over $1.6 billion in assets.

According to LinkedIn, Maggie Thomson joined Caesars Entertainment in 2014 as a marketing analyst in Las Vegas.

She stayed with the casino company until departing in July of 2019, when she returned to her native Illinois and took a job at Discover Financial Services in Chicago.