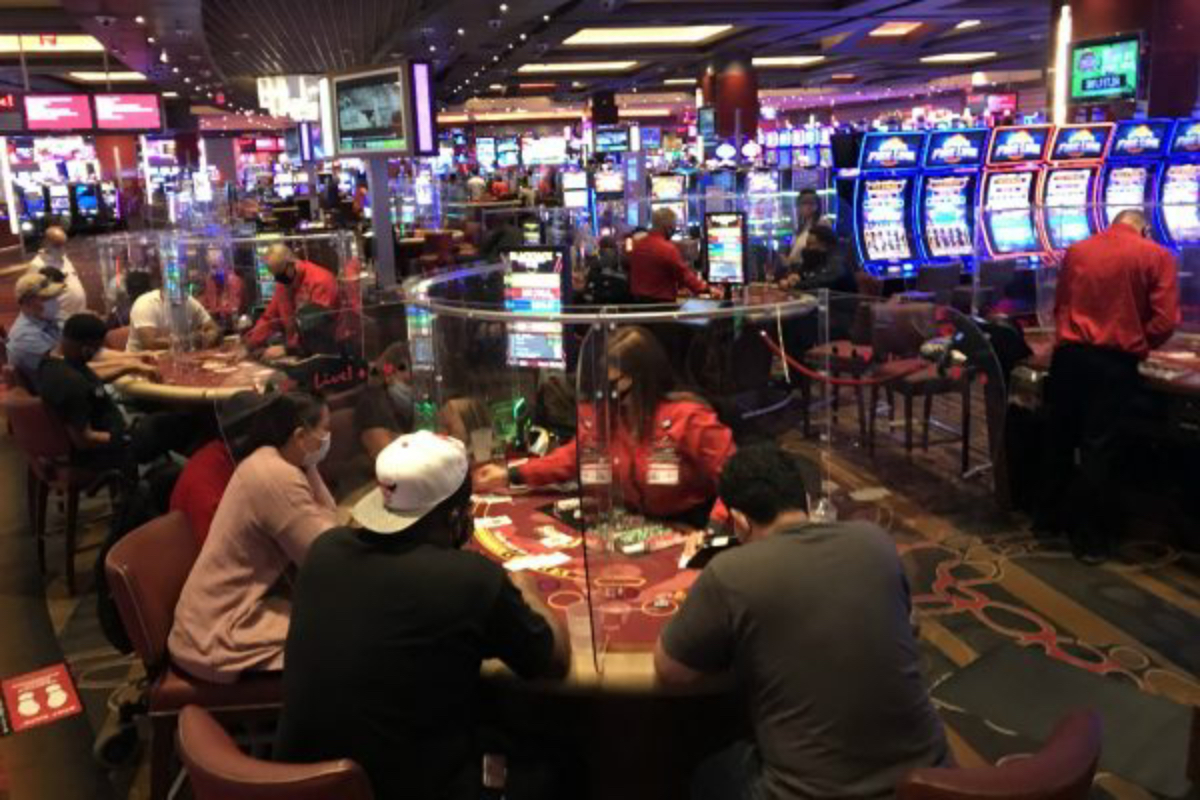 The Live! Casino & Hotel in Maryland is seen last month. The six casinos in the state enjoyed their third-best revenue month on record in April of 2021. (Image: The Baltimore Sun)

The six licensed commercial casinos followed up their all-time high of $169 million in March with yet another strong performance. GGR totaled $0 in 2020, as the casinos were closed throughout the month on Gov. Larry Hogan’s (R) pandemic orders.

After setting a single-month gaming revenue record in March, Maryland’s six casinos combined to generate their third-best month of all-time,” according to a statement from the Maryland Lottery and Gaming Control Agency.

Live! Casino & Hotel in Anne Arundel County was a close second at $58.2 million. The casino near BWI airport likely benefited from an increase in air travel, as its April GGR number represents a 21.7 percent surge in April 2019.

Horseshoe Casino Baltimore was a distant third at $19.6 million. The Caesars Entertainment property was flat compared with April 2019.

In April, the General Assembly passed House Bill 940 and sent the measure to Hogan’s desk. The sports betting package is one of the largest in the country, as it creates more than 90 sports betting licenses, both in-person and online.

The state’s six casinos, pro sports stadiums, and horse racetracks each qualify for a retail sportsbook. Another 30 licenses are set aside for businesses that want to offer in-person betting, and 60 mobile wagering licenses are up for grabs.

Of course, that’s all dependent on Hogan allowing the bill to become law. Though the governor has said in the past that he supports Maryland joining its many neighbors in having legal, regulated sports betting, the second-term governor has not yet signed the measure.