Hideki Matsuyama is the 2021 Masters winner. He is the first Japanese man to win one of golf’s four majors, and his historic victory at Augusta National was also a major victory for US oddsmakers. 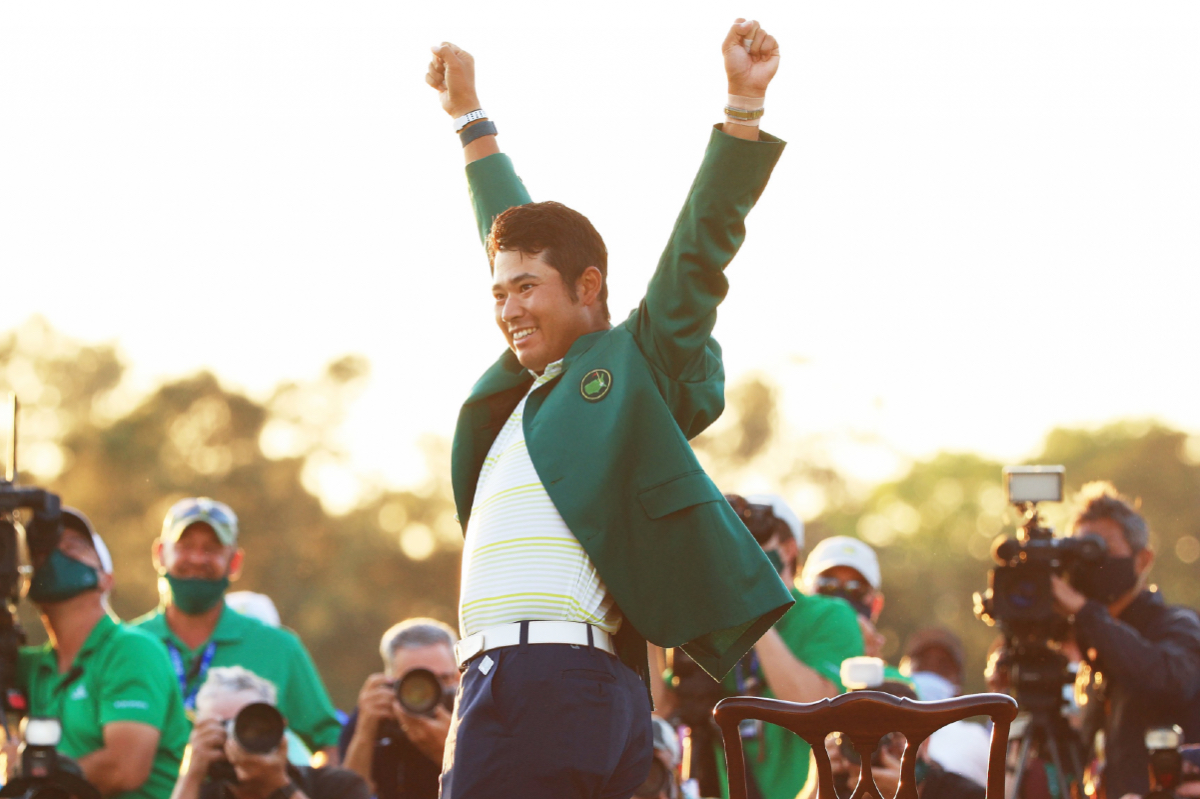 Dating back to his first appearance in 2011 when he finished as a low amateur, the now 29-year-old has played well in his 10 trips to Augusta National. He’s missed the cut just once and has six top-25 finishes. But few saw him putting together a dominant weekend finish at this year’s Masters to walk into Butler Cabin.

Before the first major of the year teed off last Thursday, US oddsmakers had Matsuyama at 40/1, to as long as 60/1, to don his first green jacket. At the 40/1 line, bettors who risked just $10 on Matsuyama netted $400.

Matsuyama took a commanding lead following a rain delay on Saturday. He posted a -7 round of 65 to sleep on a four-shot cushion heading into Sunday.

Matsuyama’s masterful play made for a rather ho-hum Sunday for television viewers. However, things got interesting when Matsuyama went for the par-5 15th in two, and his approach soared over the green and into the pond on the 16th.

Chaser Xander Schauffele pulled within two strokes heading to the 16th. But whatever excitement that many Americans might have been rooting for was short lived, as Schauffele’s tee shot on the 16th came up short and rolled into the pond.

Jordan Spieth presented sportsbooks in the US with their greatest liability for the 2021 Masters. Numerous books, including BetMGM, said the 2015 Masters winner was responsible for around 15 percent of their betting tickets and money wagered.

Matsuyama, conversely, accounted for about one percent of the money bet. That isn’t to say there weren’t some bettors with the foresight to see Matsuyama in green come Sunday evening.

Matsuyama is super good,” explained William Hill US director of trading Nick Bogdanovich. “In Nevada, there were close to 1,000 tickets on him. But it’s the Masters. There’s a ton of money in the pool.”

And much of that money was on Spieth, Dustin Johnson, and Rory McIlroy, DeChambeau, Jon Rahm, and Justin Thomas.

Matsuyama is on his way home to Japan this morning, and was spotted flying commercial with his green jacket in tow. Japan is in the process of legalizing three integrated resort casinos. But, as of now, sports betting will not be included in the permissible gambling games.

That means Japanese citizens who wish to place some money on Matsuyama defending his green jacket in April of 2022 will need to travel elsewhere to make a legal wager.

In the US, oddsmakers have already opened up the 2022 odds. Johnson, Rahm, Spieth, and Thomas are the front-runners at 12/1. Matsuyama is considerably longer at 30/1.