Less than three weeks after the first retail sportsbooks opened in the state, two North Carolina lawmakers filed a bill this past week to expand the opportunity statewide for a very noble reason. 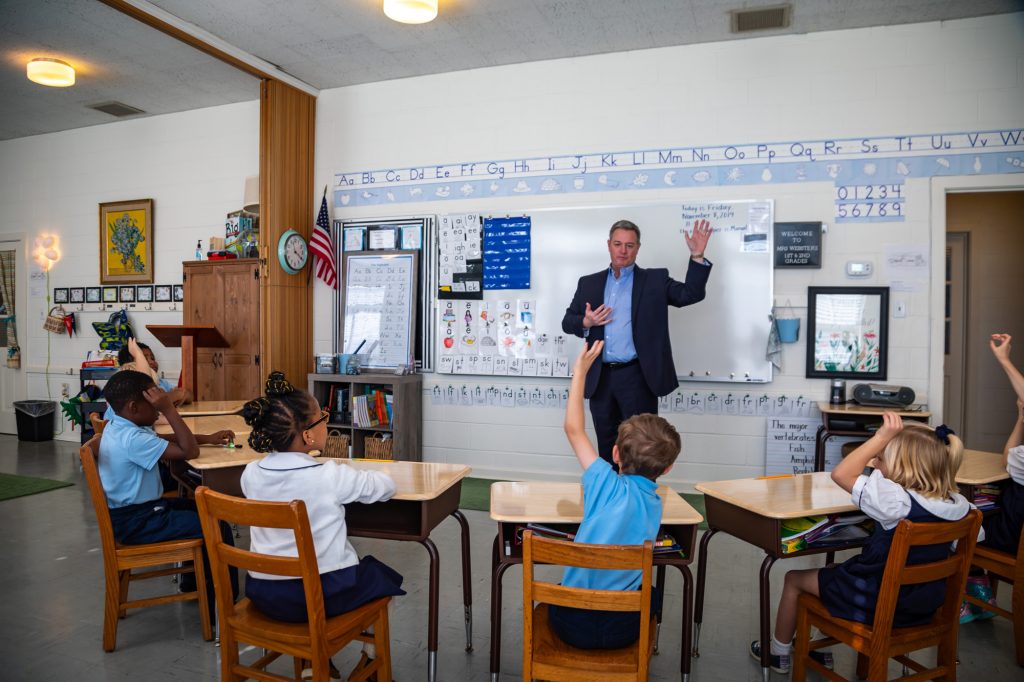 Licenses would cost $500,000, with renewals every five years costing $100,000. The state would tax adjusted gross revenues at 8 percent.

Operators would be able to accept bets on pro, college, e-sports, and amateur events. The commission could also approve other events for wagering.

The bill includes the word “interactive” more than 100 times in the 17-page document. While it appears to be mobile-focused legislation, it does allow owners of sports facilities that hold professional events and accommodate at least 17,000 fans to have computer terminals or similar devices either in their venues or within a quarter-mile of the facility.

That would allow the Carolina Panthers, Charlotte Hornets, and Carolina Hurricanes to partner with operators. That language could open the door for NASCAR racetracks and golf courses hosting PGA and LPGA events as well.

Two years ago, the state legislature approved retail sports betting at the state’s tribal casinos. After a lengthy delay in finalizing the gaming compact, the Eastern Band of Cherokee Indians was able to open sportsbooks at its two Harrah’s casinos in the western reaches of the state.

The recently approved gaming compact with the Catawba Indian Nation will allow it to also offer a sportsbook at its planned Kings Mountain resort some 30 miles west of Charlotte.

The bill enables the tribal entities to participate and its operators would not count toward the 10-to-12 licenses.

The bill directs half the revenue toward the North Carolina Major Events, Games, and Attractions Fund. That provides grants to spur job creation and economic development. However, the bill’s sponsors told in-state media that funding school construction serves as a major impetus for the bill.

Look, until someone else brings me some ideas about how to help provide more funding for school construction in rural areas, then I’m looking at every idea,” Perry, the state Senate’s majority whip, told The News and Observer.

Perry told the Raleigh newspaper that sports betting could generate $50 million in tax revenue for the state. Lowe also stated that figure as well.

“We’ve got to do it some kind of way, and it’s not gonna drop out of the air,” Lowe told WNCN-TV. “Folks are already doing it, so we might as well get the tax dollars from it obviously.”

Is $50 Million Viable for North Carolina?

Where would North Carolina stack up among other sports betting states? If lawmakers pass the bill and Gov. Jim Cooper signs it into law, the state would become a very lucrative market.

According to US Census Bureau estimates, the state was home to about 10.5 million people in 2019. That would make it the fourth largest state with statewide online betting, trailing New York, Pennsylvania, and Illinois. The state has about 500,000 more people than Michigan and about 1.6 million more than New Jersey.

Another question that will need to be discussed is whether the $50 million figure is feasible.

At an 8 percent tax rate, North Carolina’s sportsbooks would need to generate $625 million in adjusted gross revenues in order for the state to meet that goal. To put that in perspective, New Jersey, which is the top sports betting state in the US by handle, saw its sportsbooks generate $398.5 million in revenue in 2020, according to the state’s Division of Gaming Enforcement.

For another perspective, Pennsylvania, which has 12.8 million people according to the Census’ 2019 estimate, saw its licensed sportsbooks generate gross revenues of nearly $189.7 million for the 2020 calendar year, according to data from the Pennsylvania Gaming Control Board.