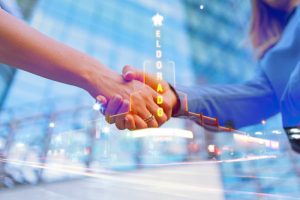 Casino operator Boyd Gaming this week announced that it has entered into an agreement to sell Eldorado Casino in Henderson, Southern Nevada.

The company will unload the gambling venue to DeSimone Gaming for an undisclosed amount. A spokesperson confirmed the deal but did not reveal additional details about it.

Eldorado Casino will be DeSimone Gaming’s second property in Henderson. The company currently owns Railroad Pass Hotel, Casino & Travel Center, which is known to be the oldest running casino in the city.

After selling Eldorado Casino, Boyd will own 11 gambling venues in Nevada. The downtown Henderson casino is one of three Boyd properties that have not resumed operations since the statewide closure of casinos and other non-essential businesses that went into effect in March as part of Nevada’s efforts to curb the spread of the coronavirus. The company’s other casinos that are yet to reopen are Eastside Cannery Casino-Hotel and Main Street Station Casino, Brewery & Hotel, both located in Las Vegas.

In August, Boyd filed paperwork with the Henderson City Council to extend the temporary closure of Eldorado through June 2021 citing the Covid-19 pandemic and its negative impact. The company joined rival casino operator Station Casinos in putting its gaming license in non-operational status until mid-2021.

During an October earnings call with investors, Keith Smith, President and CEO of Boyd Gaming, said that the company would probably reopen Main Street Station and Eastside Cannery first and then Eldorado, but the properties’ reopening “will depend on how the business flows.”

A Boyd Gaming spokesperson said that the company has decided to sell the property because it was “a non-core asset.” He noted further that as Boyd has “continued to grow over the years, this property represented a very modest part of our overall business.”

Things were completely different for Eldorado Casino once. In fact, it was the first property ever in Boyd Gaming’s portfolio. The company’s founder, Sam Boyd, partnered with his son Bill in the early 1960 to purchase the Wheel Casino in Henderson and rename it Eldorado.

The property has over 17,756 square feet of gaming area. It features slot machines, a sportsbook, and dining options, but has no hotel attached to it. DeSimone Gaming said that it would probably reopen the casino in the spring of 2021.

While Eldorado Casino’s new owner could not share details about its plans for the downtown Henderson venue, it said that it is “extremely bullish” on the development of that part of the city, suggesting that their new addition could would be part in that development.