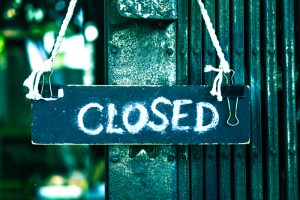 This week Seoul’s government announced lowering the COVID-19 alert level for Greater Seoul area from Level 2.5 to Level 2. However, the GKL properties seem to not be ready to open right away.

The two Seoul casinos shut doors on November 24 and have been inactive for almost three months now. The closure was caused by the high Covid-19 alert and the spike in positive cases.

As for its third casino, Seven Luck Casino in Busan Lotte, which closed on December 1, the company did not mention anything about reopening it any time soon.

Casinos outside of the Greater Seoul region are now permitted to reopen since the Alert Level dropped from Level 2 to Level 1.5.

Despite the alert levels dropping, the area is nowhere near being clear since many new cases of Covid-19 infection were registered this week.

In the beginning of February, Grand Korea Leisure announced that its properties in Seoul and Busan were expected to open on February 15, but GKL seemed to not be ready to risk another outburst.

On Monday, GKL representatives announced that casino sales losses are expected to reach KRW32.6 billion (US$29.2 million) for the extended closure period. The amount is based on average daily net sales from July to September last year.

Another foreigner-only casino operator, Paradise Co, did not close its venues in Seoul, Busan and Incheon. It only briefly closed Paradise Walkerhill in Seoul in December.

The current pandemic caused many losses for the gambling industry since casino venues all around the world had to remain closed in order to retain the virus.

In the fall of 2020, Mohegan representatives announced that the INSPIRE Entertainment Resort in South Korea would be opening in 2023 instead of early 2022 as it was initially planned.

The extension was caused mainly by construction delays due to the pandemic. There were also reports that Mohegan was experiencing difficulties to secure capital to complete the mega-scheme and that there were disagreements between the Connecticut-based casino operator and its Korean development partners as the latter demanded all outstanding funds to be fully paid and further funding to be secured before construction work could resume.