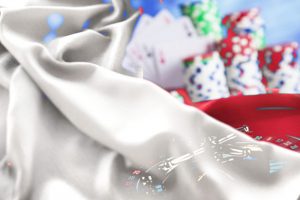 Malta’s government is looking to compensate for financial losses by giving out a fifth casino license. In its recently issued casino license request-for-proposal, Gozo and Comino are specifically excluded.

The request for the fifth casino came from the government’s Privatization Unit. It acts on behalf of the Economy Ministry, according to information published in the nation’s Government Gazette.

According to the request-for-proposal, the future casino needs to be situated in an area which is highly appreciated by tourists in order to bring the highest possible profit. The area will be established by the Malta Tourism Authority and can be anywhere but in Gozo and Comino.

Another requirement is for the casino to hold a minimum of 222 gaming machines and 15 gaming tables.

As for interested bidders, the RFP specifically says that they must pay a concession fee of €11 million within a three-year period. Bidders have until April 7 of this year to submit their proposal with the Privatization Unit.

Last year, the Malta Gaming Authority made an attempt to repair its reputation after critics that it has not been doing enough to tackle financial crime within the island nation’s thriving online gambling sector. As a result of the damning accusations, Malta’s gambling watchdog has slapped a record fine on an unlicensed online casino operator.

The investigation was conducted by the Malta Gaming Authority and the Executive Police. As a result of their discovery, a €2.34 million penalty was imposed to Blackrock Media Limited, a Malta-based online gambling company for providing unauthorized services.

The fine was the highest ever issued by MGA. The investigation and the results of it had just the effect the authority had in mind for it brought back its credibility.

The official went on to say that the recent regulatory action that was the result from the joint work between the MGA and Maltese police “is a clear proof of the Maltese government’s commitment in implementing recommendations put forward last year in the MONEYVAL report in strengthening the measures taken so far by the current administration.”

MGA currently grants one of the most prestigious European licenses. Earlier this month, the gaming authority announced that the leading platform provider SoftBet gained access to the Malta’s gaming market with Frumzi.