A leading Las Vegas insider says the smash hit Broadway musical Hamilton might be coming to the Strip on a permanent basis. 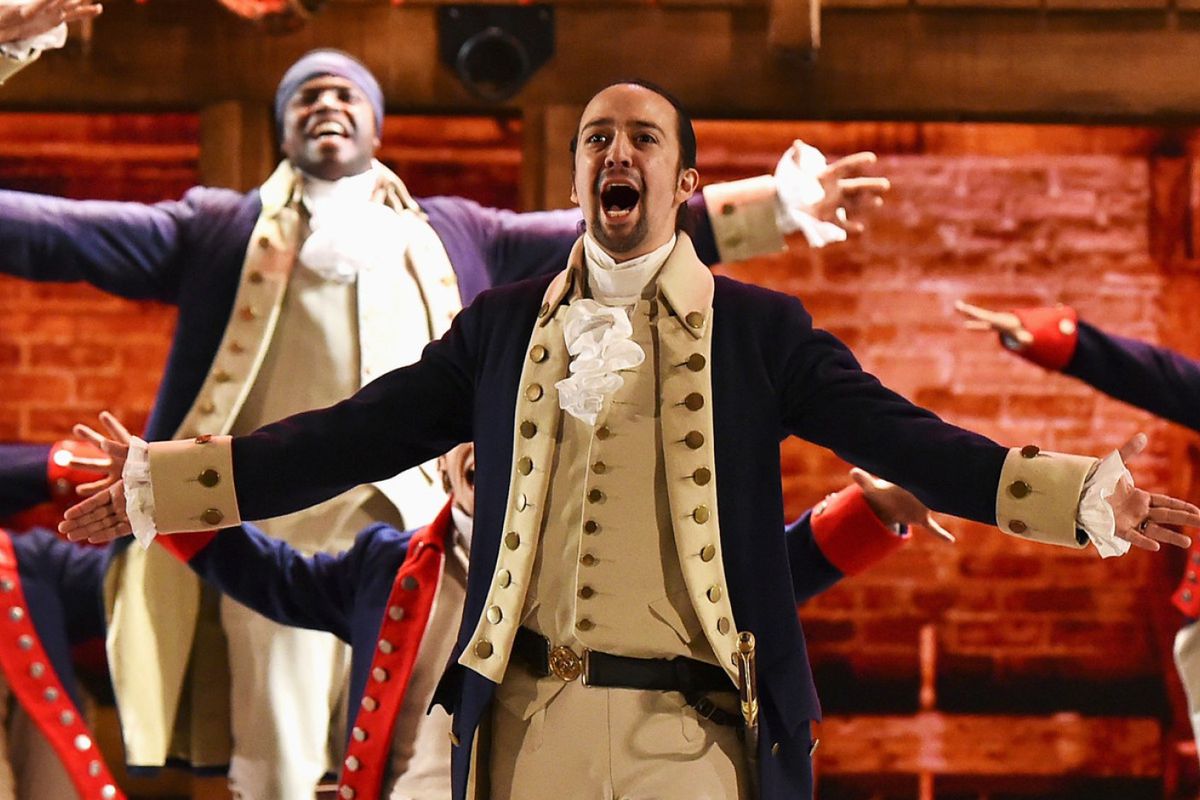 Lin-Manuel Miranda is seen here in 2015 in the lead role of Alexander Hamilton in the Broadway production of Hamilton. There are rumors swirling around Las Vegas that the musical could be on its way to the Strip for a residency. (Image: Disney)

Scott Roeben, aka Mr. Vital Vegas, reports that the Lin-Manuel Miranda production is in talks for a residency at either a Caesars Entertainment or Wynn Resorts property. The story of the Founding Father debuted in New York City in February of 2015, and has since broken Broadway box office records.

Roeben’s well-placed informants say a leading contender is Paris Las Vegas. Roeben tells Casino.org that a stage tech relayed that the theater at Paris was recently retooled, perhaps in anticipation of the R&B-infused musical.

“A couple of sources said a Caesars property, but only one said Paris,” Roeben explained.

Along with Caesars and Paris, Wynn Resorts is said to be in the running for landing Hamilton. Officials at Caesars and Wynn have not responded to inquiries regarding the Hamilton rumblings.

Paris Las Vegas was home to another iconic Broadway show more than a decade ago. The Producers ran at the theater from February of 2007 through February of 2008.

COVID-19 has halted conventions and large indoor gatherings, including concerts and shows. Both segments are critical to the Las Vegas economy.

A-list entertainment makes Las Vegas much more than a gaming destination. According to research conducted by Applied Analysis for the Las Vegas Convention and Visitors Authority (LVCVA), the average visitor spends approximately $52 per visit to Southern Nevada on entertainment. Visitors spent nearly $2.1 billion on concerts and shows in 2019, the latest reported year. That number will, of course, be drastically lower in 2020 due to the pandemic.

Fifty-one percent of Las Vegas visitors attended a show in 2019. That was down seven percent from the previous year, and 10 percent from 2015. Acts classified as “production/Broadway shows” was the most common form of entertainment.

While roughly half of all Las Vegas visitors take in a show, 81 percent gamble at some point. Sixty-two percent gamble for less than two hours a day.

A show like Hamilton would be a big draw for Las Vegas, and would certainly add reason for potential visitors to take off for Southern Nevada. One of the most popular Broadway productions in recent memory, tickets for the New York production have been tough to come by.

Bringing the musical to Las Vegas would give fans another outlet to see the show.

“I am loath to tell people to mortgage their houses and lease their children to acquire tickets to a hit Broadway show. But Hamilton’… might just be worth it,” New York Times theater critic Ben Brantley wrote in 2015.