Some Georgians Speak Out Against Casinos, As Lawmakers Take Up Gambling Expansion

Some Georgians Speak Out Against Casinos, As Lawmakers Take Up Gamblin…

A Georgia legislator recently heard from residents in his district who don’t want a casino in their backyard. 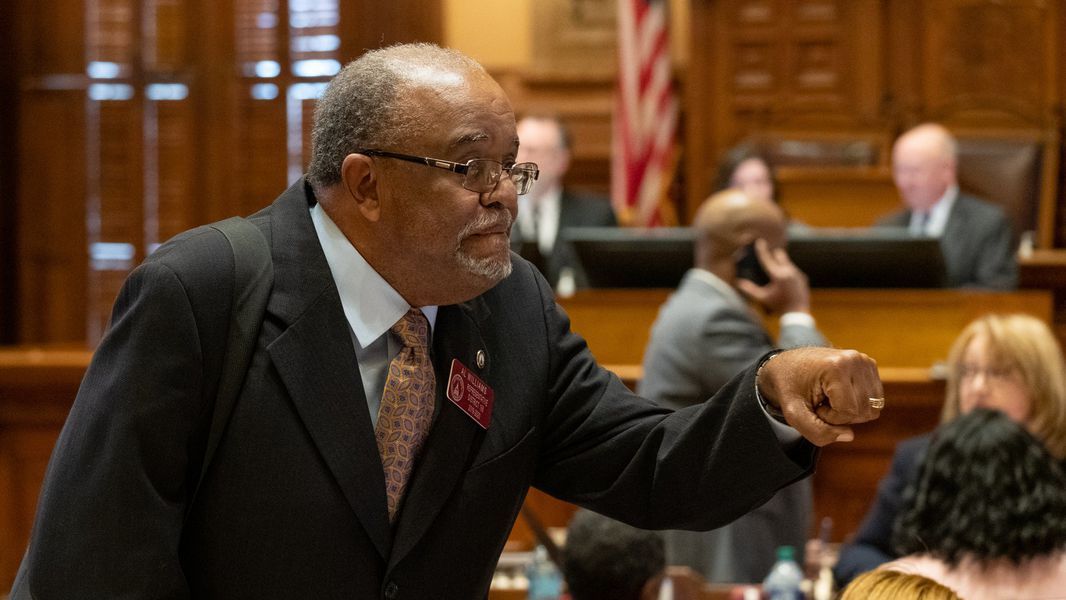 State Rep. Al Williams (D) opts for a fist bump at the Capitol in Atlanta. Williams supports legalized gaming, but has heard from constituents who don’t want a casino. (Image: Atlanta Journal-Constitution)

Lawmakers at the Capitol in Atlanta are considering several measures to expand gambling in the state by allowing casinos and legal sports betting.

At the Liberty County meeting, resident Sheila McGinley said a casino in the area, while having some upsides, would bring too many problems, according to WTOC-TV.

“The bad sides over time will overcome the good sides, because with this casino there, you bring drugs, you bring prostitution, you bring human trafficking,” she said. “You destroy the natural habitat for the wild, and the list goes on and on.”

Williams said he wants his county in the conversation as different casino sites are considered.

“I just want Liberty County to be represented when we talk about economic progress,” he said.

Clay Sikes, a developer, said a casino in the area has pluses and minuses. But he wondered whether Midway is the right place to build a casino.

“It certainly brings with it tremendous economic opportunity. It brings with it jobs. It’s really hard to argue against that. But it’s more about where than anything else,” Sikes said. “Is the pristine Georgia coast the best place for a casino?”

The effort to legalized commercial casinos in Georgia requires a constitutional amendment. An amendment would have to be approved by two-thirds of each legislative chamber and then win a majority of the public vote in an election.

Some legislators have argued that sports betting would be under the jurisdiction of the Georgia Lottery Corp. and therefore would not require a constitutional amendment.

The state House and Senate have taken bills under consideration in recent weeks that would legalize online sports betting in the state.

Both versions would license at least six online sports wagering operators at an annual fee of $900,000 each. FanDuel or DraftKings are among companies that provide these services.

One key difference between the House and Senate versions is the level of taxation. In the House version, sports betting companies would pay 14 percent of adjusted gross revenue toward the state’s HOPE scholarships and pre-kindergarten programs, according to the Statesboro Herald. Under the Senate version, the tax rate would be 10 percent.

The state nearest to Georgia with legal online sport betting is Tennessee. Since November, bettors within Tennessee’s borders have been allowed to wager on sporting events using their smartphones. The southeast Tennessee city of Chattanooga is near the Georgia border, only two hours north of Atlanta.

Legislators in other Southern states also are considering sports betting bills this year. These include Texas and Alabama.

In Louisiana, voters last November in 55 of 64 parishes approved sports wagering within their parish. When the legislature meets in April, lawmakers will have to determine whether to allow mobile sports betting or restrict it to wagers placed in-person inside a casino at a sportsbook or kiosk.

The post Some Georgians Speak Out Against Casinos, As Lawmakers Take Up Gambling Expansion appeared first on Casino.org.