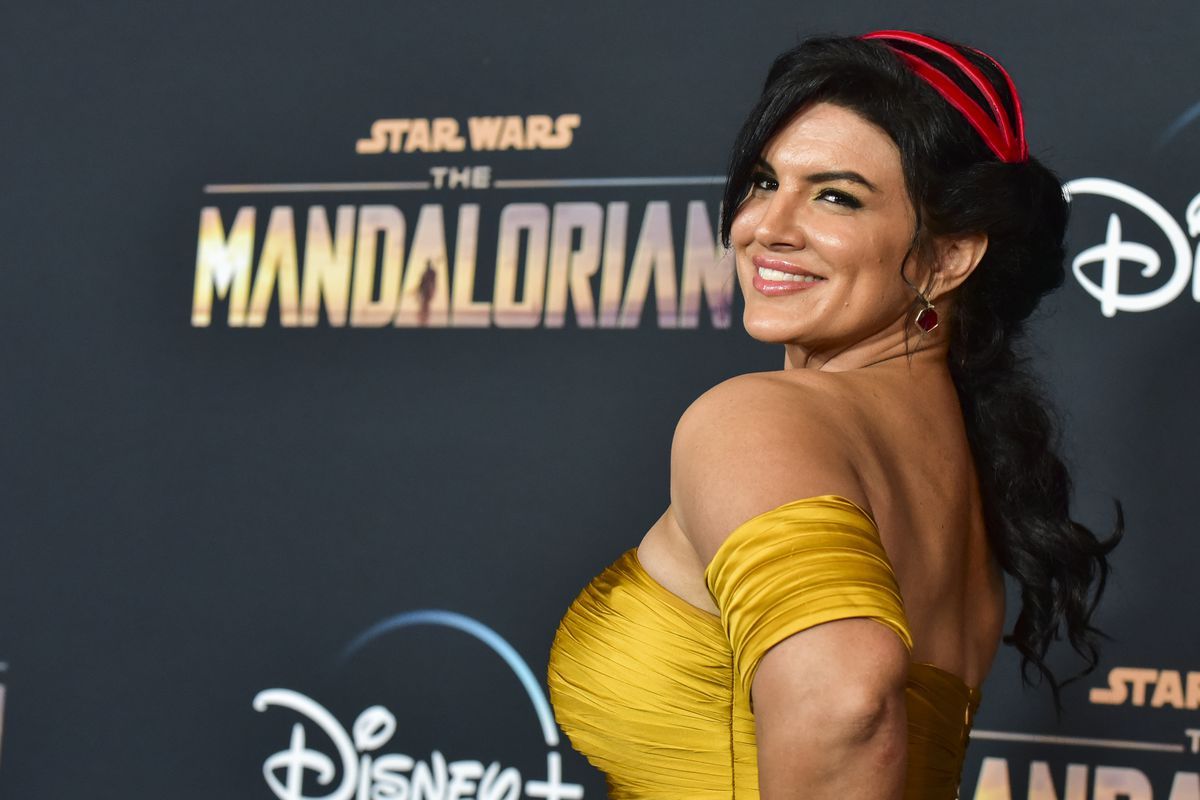 Gina Carano poses at a promotional event for the Star Wars spinoff The Mandalorian. She was dismissed from the show after posting controversial remarks on social media sites. (Image: MMA Fighting)

Carano, 38, is the daughter of Glenn Carano, a former Dallas Cowboys quarterback now working as Eldorado Resorts senior vice president for the East region. This region includes Ohio, Pennsylvania, and West Virginia, according to his LinkedIn profile. He also served for more than five years as general manager of Eldorado Resort Casino in Reno.

Gina Carano’s grandfather is Don Carano, a former Army officer and Nevada lawyer who opened the 282-room Eldorado in 1973 on North Virginia Street in Reno.

In the early 1990s, Don Carano partnered with other hotel-casino companies to build the Silver Legacy Resort Casino in Reno. The Reno Gazette-Journal calls this property the city’s “first mega-themed resort.”

In addition to forming the law firm McDonald Carano Wilson, he also founded Ferrari-Carano Vineyards and Winery. The winery is in the Dry Creek Valley of Sonoma County, Calif.

“It was his leadership that helped create and redevelop downtown,” Cashell said.

In 2020, Eldorado Resorts acquired Caesars Entertainment, retaining the Caesars name for the company.

It is the largest casino and entertainment company in the US. Its properties include resorts in Reno and Las Vegas, a land-based casino in New Orleans, and other hotel-casinos in the US and overseas.

Gina Carano recently was released from the Star Wars spinoff The Mandalorian after an Instagram post comparing the treatment of current political differences to the treatment of Jews in Nazi Germany. She also has been criticized for other social media posts, including one apparently mocking pronoun preferences. Her Twitter bio in the fall identified her preference as “beep/bop/boop.” It later was removed.

Her posts recently prompted a #FireGinaCarano Twitter hashtag. Some users tagged Lucasfilm and its parent company, Disney. The Mandalorian airs on the Disney+ streaming service. She played a character named Cara Dune.

Earlier this month, a spokesperson for Lucasfilm said Carano “is not currently employed by Lucasfilm, and there are no plans for her to be in the future.”

“Nevertheless, her social media posts denigrating people based on their cultural and religious identities are abhorrent and unacceptable,” according to the spokesperson.

Carano, a former mixed martial arts fighter, has announced a film partnership with The Daily Wire. She is slated to develop and star in a movie available for paid subscribers on the company website. According to The Hollywood Reporter, the film’s specifics “are still under wraps — the title, budget, director, etc.”

Carano said the new project “is helping make one of my dreams — to develop and produce my own film — come true.”

“I have only just begun using my voice, which is now freer than ever before, and I hope it inspires others to do the same,” she said. “They can’t cancel us if we don’t let them.”

Dana White, president of the Ultimate Fighting Championship, urged people to “leave Gina alone,” according to the MMA Fighting website.

“Listen, we make mistakes,” he said.

Here is a clip of some Carano scenes from the series: