A new exhibit of artifacts from the former Moulin Rouge hotel and casino was put on display recently at The Neon Museum, located in Las Vegas. 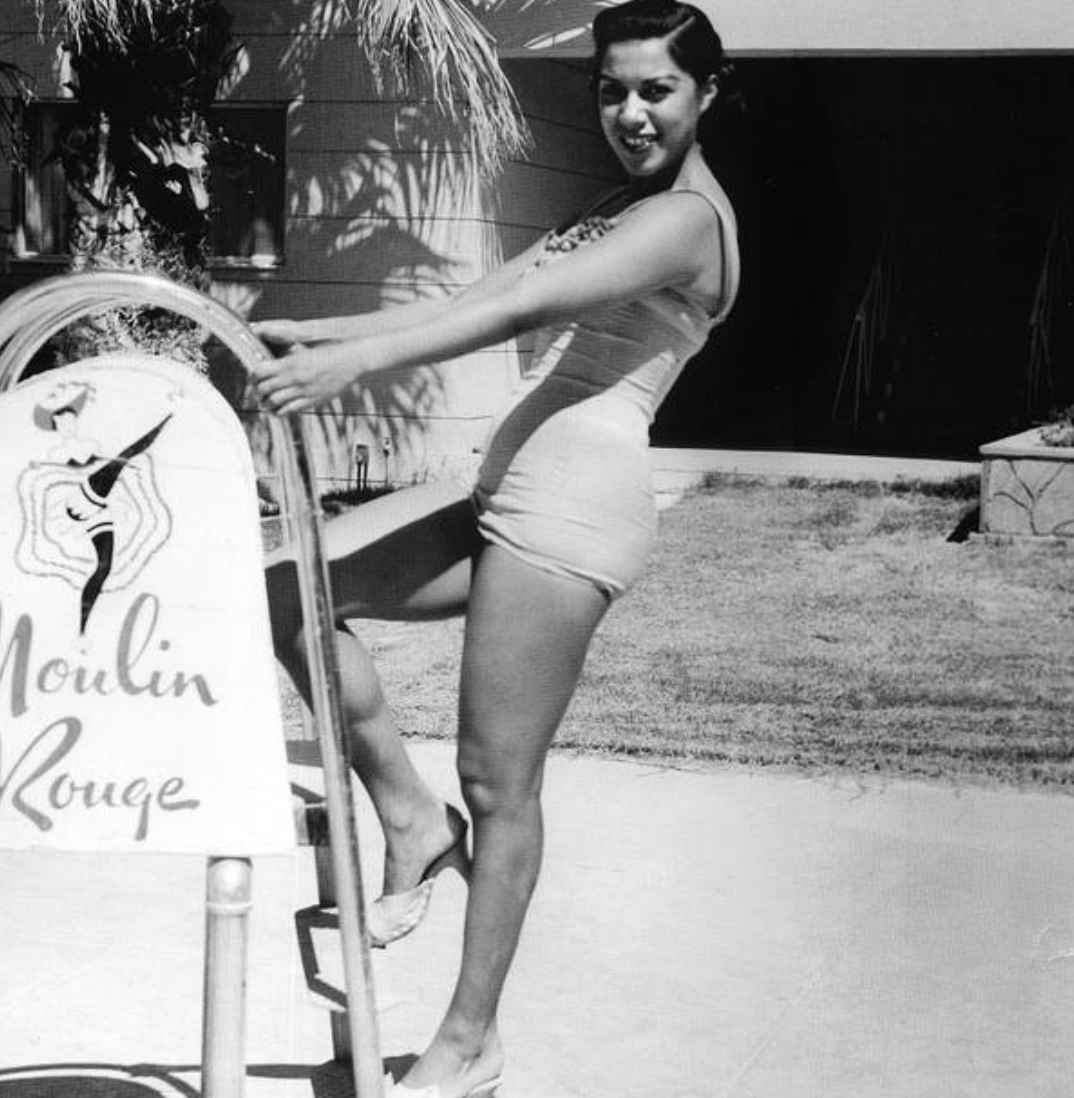 Dancer Anna Bailey poses by the Moulin Rouge pool in 1955. She was one of the dancers who performed at the Las Vegas venue. The photograph was later included in the 2007 Historic Black Entertainment Calendar. (Image: Las Vegas Sun)

Also on display is a historically-significant promotional flyer for the hotel-casino. It reads, in part: “For years men have dreamed of a resort where everyone would be welcomed regardless of color, race, or creed. Today, that bold dream has come true in Las Vegas, and it has come true in breath-taking fashion.”

The Moulin Rouge was also significant as the location of a key civil rights meeting in 1960. At that meeting, Las Vegas leaders began the gradual desegregation of local hotels and casinos. A decade later, front-of-house casino jobs were open to Blacks.

The exhibit is located in The Neon Museum’s La Concha visitor center. The exhibit was developed by The Museum of Gaming History in time for the local observance of Black History Month. The month is traditionally observed in February.

In 2020, The Neon Museum renovated and relit the iconic Moulin Rouge sign. It now appears similar to the way it looked when the casino was operating.

The racially diverse performers led to national attention. Its dancers were depicted on the June 20, 1955, cover of Life magazine.

During the post-World War II period of segregation, the Moulin Rouge also provided housing for Black entertainers who found little options other than living in Westside boarding houses.

The property had a short life, given financial struggles. It was eventually reopened, but was again forced to close.

The property takes its name from the original Moulin Rouge cabaret, which is still found in Paris. Launched in the 19th Century, it is best known as the birthplace of the modern can-can dance.

Now, Las Vegas’ long-vacant Moulin Rouge gaming property location may soon be the site of a revived gambling venue. In November, a local judge approved the sale of the historic property.

The new owner is RAH Capital. That entity is a new firm based in Nevada.

RAH paid $3.1 million for the 11.3-acre site, according to the Las Vegas Review-Journal. New owners plan to place a casino on the vacant lot.

The Moulin Rouge got listed on the National Register of Historic Places. But multiple fires left the abandoned site in a state of disrepair.

Several leaders of Las Vegas’ Black community would like to see the history of the Moulin Rouge appropriately honored.

Earlier this month, global attention was turned to the Black community in Las Vegas with the passing of Mary Wilson. She lived and appeared in many performances in the Las Vegas Valley. She was 76.