A Georgia man appeared in federal court on Thursday on two narcotics charges. That’s after Nevada Highway Patrol troopers pulled his truck over on a highway near The Strip and seized about 74 pounds of suspected methamphetamine from a trailer. 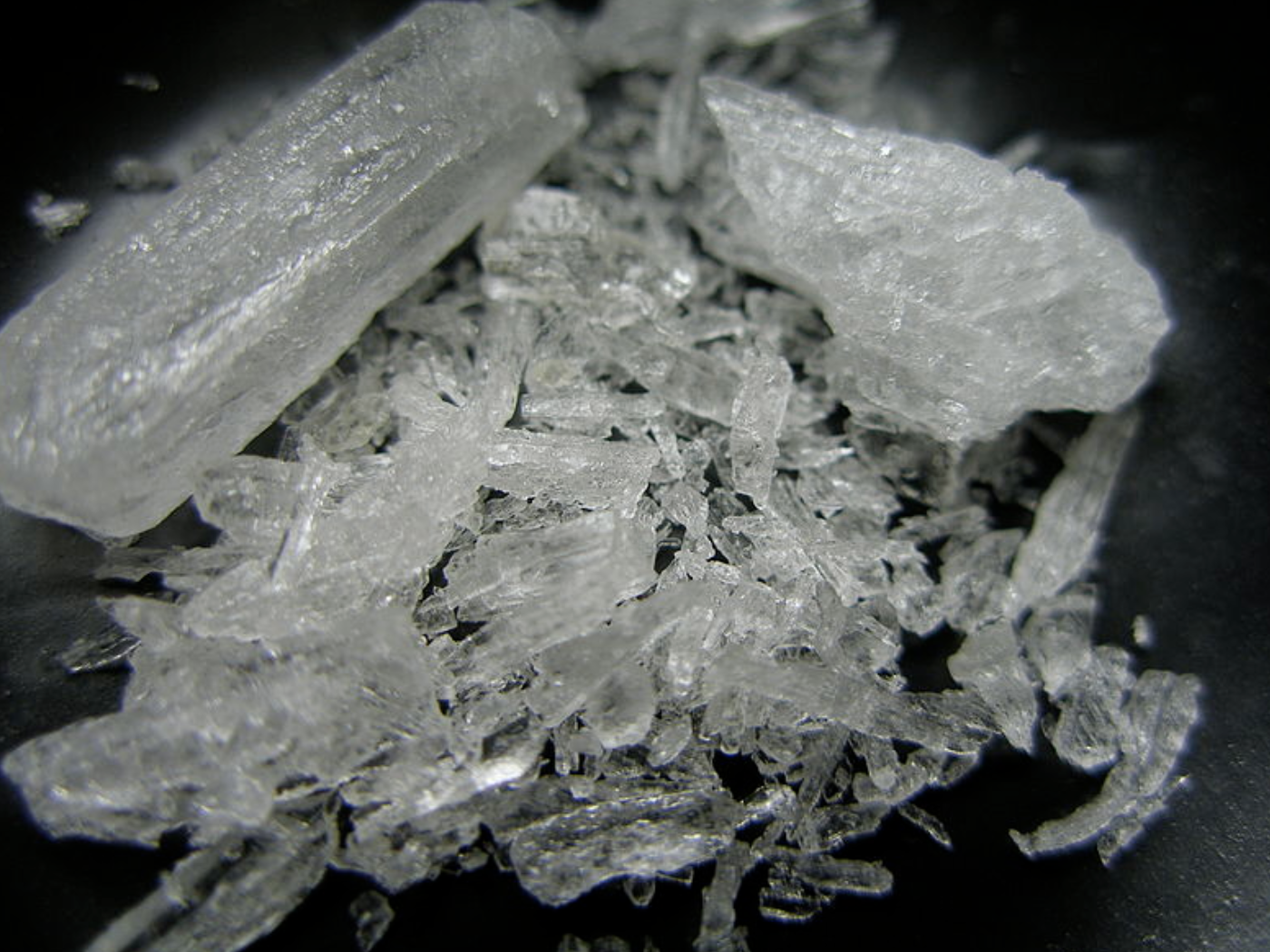 On Thursday, Powell appeared before US Magistrate Judge Elayna J. Youchah in Las Vegas federal court. The magistrate scheduled a preliminary hearing in the case for March 4.

On Monday, Powell was driving cross-country starting in San Diego and had traveled to Las Vegas. He claimed to be heading back to Georgia.

A Highway Patrol trooper noticed the commercial pickup truck he was driving was towing an allegedly unregistered enclosed trailer.

The trooper pulled the truck over on I-15 near the exit for The Strip. Highway Patrol troopers later spotted the approximately 74 pounds of meth in the trailer.

They also found a firearm inside a bag in the trailer. It belonged to Powell, authorities said. An unnamed passenger also had allegedly concealed a firearm under the truck’s rear passenger seat.

If Convicted, Powell Faces Up To Life in Prison

If convicted on the narcotics charges, Powell would be sentenced to between 10 years and life in prison, Nevada US Attorney Nicholas A. Trutanich said in a statement.

The Drug Enforcement Administration (DEA) is taking part in the investigation.

The brothers allegedly transported the drugs from Los Angeles to Las Vegas. Huy Ngoc “Tony” Tran, 37, and Sinh Van “Paul” Tran, 34, both of Riverside, Calif., were each charged with possession with intent to distribute a controlled substance.

If convicted, the duo could each face a maximum of life in prison and pay up to a $10M fine, Trutanich said in a statement.

The two also had in their vehicle an AR-15 style rifle, a Norinco SKS rifle with a sling and bayonet, a scoped Ruger Mini-14, and a double-barrel 12-gauge shotgun, federal officials said.

Across the country, in September a New Hampshire man was apprehended for planning to sell suspected meth on the Encore Boston Harbor gaming floor.

When he was apprehended, police said they found two semi-automatic pistols and three large-capacity magazines in his possession.

If convicted on the narcotics charge, Gorman faces up to 10 years in prison and a fine of up to $10,000. If found guilty of being in possession of a large-capacity firearm, he faces at least five years in prison.

His case was turned over to prosecutors in Middlesex Superior Court.